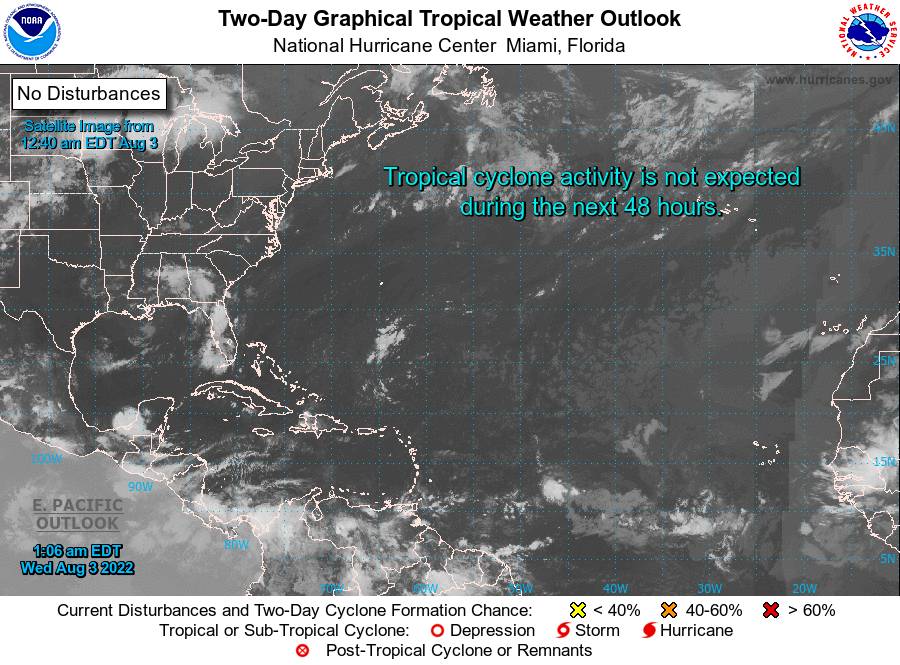 A low-level trough system has its axis along 58°West, approximately 217 nautical miles (nm) east of Grenada. It is embedded in the ITCZ and is supporting moist, unstable conditions. The ITCZ continues from 09°N 52°W to southeast of Trinidad and Tobago. Scattered moderate convection is noted within 110 nm along either side of the ITCZ segments. Weather models suggest that this system will advect moisture northward across the southern Windward Islands on Wednesday. This should trigger partly cloudy to cloudy skies and scattered showers across the State of Grenada during the day, with increased cloudiness and showers overnight if environmental conditions remain favourable. There is also a medium chance of lightning, thunder, and gusty winds, especially overnight.

The Meteorological Office has issued warnings for a low chance of flooding and landslides in vulnerable areas and for agitated seas with above normal NE’ly swells.

A central Atlantic tropical wave has its axis near 50°West, extending from 20°North southward, 687 nautical miles (nm) east of Grenada. It is moving westward at 10 to 15 knots. Isolated moderate convection is observed ahead and behind its axis. The northern portion of the wave is embedded in a dry and dusty Saharan airmass which is suppressing convective activity. Weather models suggest that if the wave maintains its forward speed, the axis will traverse the island chain on Thursday night. Additionally, this wave has the potential to induce cloudiness and scattered showers across the State of Grenada, with a medium chance of lightning, thunder and gusty winds on Thursday night and Friday morning, if environmental conditions are favourable.

The Meteorological Office has issued warnings for a medium chance of flooding and landslides in vulnerable areas on Friday and the marine advisory previously mentioned will remain in effect.

The Meteorological Service will continue to monitor the progress of these systems and provide updates in a timely manner. 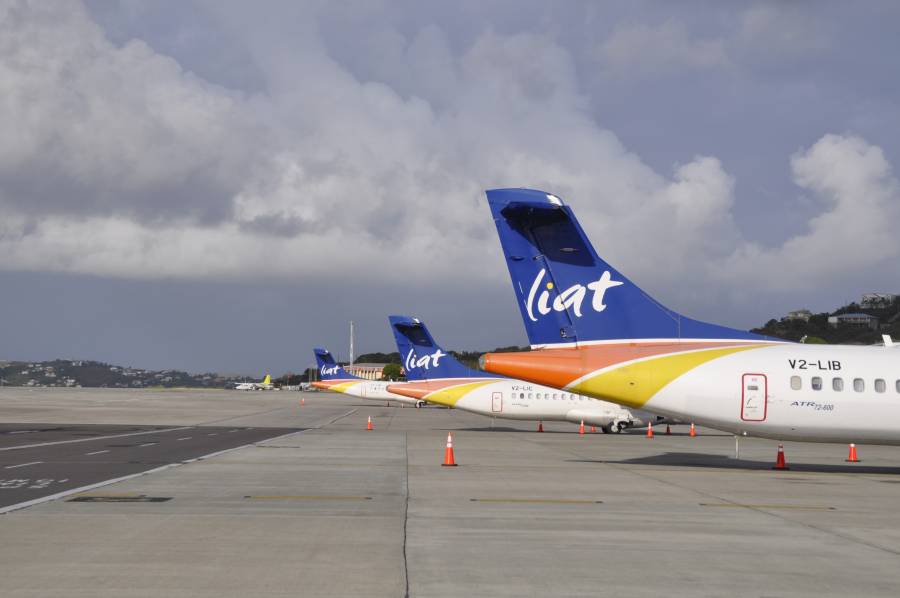 LIAT gets timely boost with pledge of support from Grenada PM