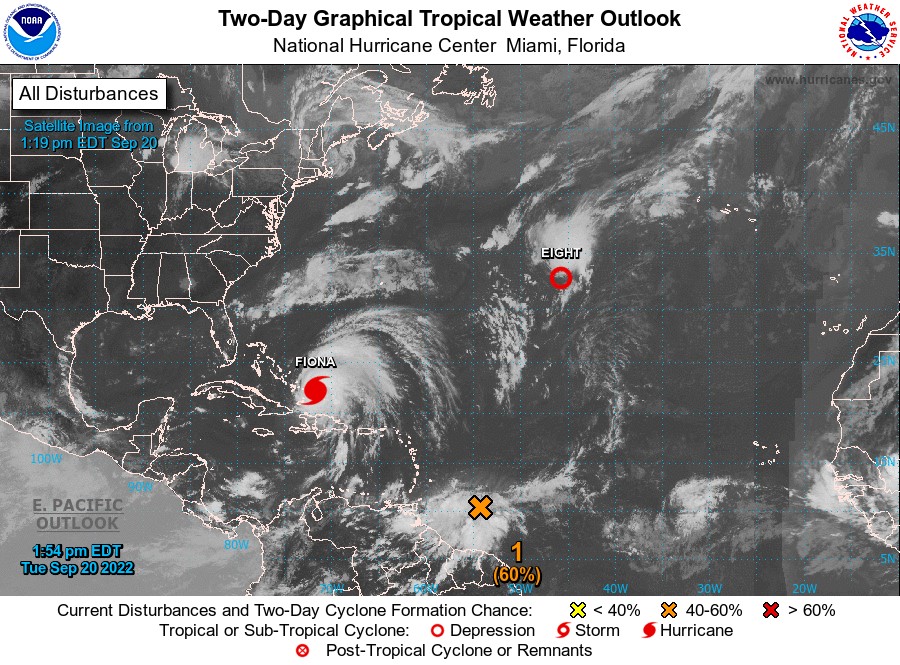 An Atlantic Ocean tropical wave is along 54°W/55°W, from 14°N southward, approximately 420 nautical miles East of Grenada. This wave is moving westward at 10 knots to 15 knots. At this forward speed, the axis of this wave is expected to traverse the Windward Islands as early as Wednesday afternoon.

Additional development is expected. It is likely for a tropical depression to form within the next few days, as the system moves westward to west-northwestward through the eastern and central Caribbean Sea. The chance of formation into a tropical cyclone through 48 hours is medium, at 60%. Formation chance through 5 days is high, at 80%.

The Meteorological Service will continue to monitor the progress of this system and provide updates in a timely manner.

Elsewhere, tropical cyclone formation is not expected.  The next update will be issued at 8 pm.