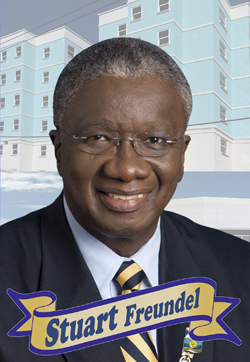 “I extend congratulations to Mr Freundel Stuart and his team on winning the Barbados elections, I look forward to working with him for the development of the region as Caricom leaders,” he said on Friday morning.

Barbados went to the polls on Thursday and the result indicates that the incumbent Democratic Labour Party narrowly retained power with 16 of the 30 constituencies in the Parliament. Stuart will become eighth person to hold that office in Barbados.

The St. Philip-born attorney-at-law and father of one, took over at the helm of the Democratic Labour Party-led Government, following the passing of David Thompson.

Dr Mitchell himself was re-elected into Office on Tuesday with a landslide victory of all 15 seats in the Parliament. The island’s new cabinet, Dr Mitchell said will be named in the coming days. ‘There will not be a cabinet session this morning but i can guarantee there will be one the next Monday,” he said.

NOW Grenada is not responsible for the opinions, statements or media content presented by contributors. In case of abuse, click here to report.
Tags: barbadoscaricomdlpelectionfreundelmitchellnnp
Next Post