Constitutional Reform — To What Extent?

Constitutional Reform — To What Extent?

Different rationales are given for pursuing Constitutional Reform in Grenada. Grenadian-born Professors in Constitutional Law (pointedly, Dr. Francis Alexis and Dr. Simeon McIntosh — many sympathies on his recent ‘passing’) have done extensive work in favour of Reform and Dr. Keith Mitchell’s New National Party Government seems ready to deliver on this. However, intellectual discourses and political revels must not supersede ‘simple basic and common sense’ requirements in Public Education and Peoples’ Participation on key national issues, like the Reform. The ‘facts and nothing but the truth’ must be presented in ‘proper perspective’ to the local people so that they can make a wise decision on this significant and far-reaching matter. In qualifying the need for the Reform, it is also relevant to determine whether or not this reform is inevitable or of priority at this time, especially now when other reforms such as on public debts are promoted and the people are asked to make sacrifices to rebuild Grenada. The objective and process for the Reform must be “in good faith”.

A constitution in regard to the governance of a nation should define its people and their self-determination, as well as declaring its sovereign authority and the mode of its politics; indeed it would be proclaimed as the Supreme Law, in the interest of every person. That is, a National Constitution encapsulates the ideals and aspirations, as well as the identity and heritage of the people; and no doubt it also provides for the dignity and rights of every person. The provisions therein must be well thought-out, universally accepted, zealously protected, applied within moral and natural justice, and appropriately advanced as circumstances reasonably dictate. Whilst it would appear reasonable to have changes to the Constitution as the nation evolves and adapts to international challenges, trends and conventions, it is important that the people do not revert to a sorry state, losing much of the gains secured by their forefathers and even the privileges for a defined class of nations.

The Constitution governing Grenada was introduced when Political Independence was obtained on 07 February 1974, and it is said that the time is overdue to have this Constitution ‘changed’. But, is this sufficient ground to use the limited resources and to occupy the minds of the people to achieve Constitutional Reform? Has this Constitution served the nation well over the years or how would governance be radically changed for the betterment from such Reform? Has the Political Leadership acted ‘fair and square’, or ‘ignorantly and bewilderedly’, in applying the provisions of this Constitution? The propagation of the idea that Grenada has been plunged into a constitutional crisis from the results of the 2013 Election is unfortunate and this is definitely not sufficient grounds for the Reform; since the Constitution contemplates when there will not be a Leader of the Opposition and gives Parliament control to make laws for Peace, Order and Good Government. Whatever; the rationale(s) and arguments set for the Reform will determine its ‘extent and content’ and also the results.

There seems to be a rush for Constitutional Reform in order to get rid of all of the emblems and resemblances in the State of the Colonial past; two of those prominent features are the English Privy Council and Her Majesty the Queen. Yet, the traditions and practices of the Colonial System are being enjoyed in the culture of doing business and in the treatment towards fellow citizens. Moreover there are desperate efforts and mounting hurdles for Grenada as it is engulfed with global stringent trade conditions, financial and economic forces, criminal and ethical redefinitions, and security and social matters. Constitutional Reform therefore would be just about making a flimsy Political Statement rather than asserting a sustainable Sovereign Position.

Another case for Constitutional Reform is that Grenada has never had a constitution of its own, since the one being used can be described as an ‘imported legislation’ which has been imposed on the local people without official endorsement. Even if the Constitution was officially accepted by the people, it is held to be not correctly assigned since this ‘purported Constitution’ was designed with Republican status, which does not fit what exist presently in Grenada. This situation is common to other Caribbean Commonwealth countries and is considered an outstanding case for gross rectifying; the result will be a complete ‘rewriting or changing’, or maybe ‘reassigning or realigning’, of the 1974 Constitution, to translate into local ‘focus, ownership and meaning’.

It would be wisdom in this new drive to settle the matter of Constitutional Reform in Grenada, to have the people benefitting from the experiences of St. Vincent and the Grenadines (SVG) with its Constitutional Reform Referendum of 2009. This should be so, since it appears that the rationale, form and context as well as the content and structure of the proposed ‘new constitution’ for SVG, being spearheaded by Dr. Alexis, are quite similar to that of Grenada from the Draft Constitution by Dr. McIntosh. In fact, it could be argued that had the Referendum gone on the side of the ‘YES Vote’ in SVG then this would have been the stage for the acceleration of constitutional reforms in the rest of the Caribbean Region, especially in the States of the Eastern Caribbean.

It is equally wise for the people not to see Constitutional Reform as fashionable, following in the footsteps of other countries, since each country or region of countries is of specific circumstances; the Reform must not be superficial but substantially warranted. Political philosophies and objectives and even religions would shape and characterise constitutions; thus, the Reforms accompanying the popular Revolutions from Dynasty Rules, which are sweeping the Middle East, taking Egypt as an example, cannot be compared with the situation existing in the democracies in the Caribbean. A sharp difference could also be realised by making reference to the Venezuelan Constitutional Referendum of 2007/2009 primarily on abolishing presidential term limits, in which President Hugo Chavez wanted to ensure the deepening of his 21st Century Socialist Revolution, seen to be a more ‘people-oriented’ programme than the capitalistic policies of the United States of America and Europe.

There is much evidence that ‘reasonable considerations and reviews’ have been already undertaken for Constitutional Reform. During the People’s Revolutionary Government (PRG) there must have been some factors and inputs for Reform, especially in light of its suspension of the 1974 Constitution; this suspension could be registered as a rejection, or a revenge, or a rebellion against the Political System and in particular to the manner by which the said Constitution was obtained. There were some reviews in 1984 as well as in 2006 and even in 2010. All of those review-works done must then be gathered for producing a constitution that would serve the nation ‘good’ for some reasonable period without many pitfalls and disgruntlements. What is also evident is that generally, there is a marked disregard by the masses for the Reform; this is played-out in the poor level of interest shown for same over the years, although this position can be accounted for on how the Political Leadership had engaged the entire population on the matter. Anxiety on the ‘extent of the Reform’ is again on!

Copyright © 01 April 2013, J.K. Roberts. All Rights Reserved.
J. K Roberts is a ‘premature retiree’ of the Grenada’s Public Service, an author of two books and the founder of a civil society organisation called National Initiative for Prolific Policies.

NOW Grenada is not responsible for the opinions, statements or media content presented by contributors. In case of abuse, click here to report.
Tags: ccjconstitutioncouncilprivyreform
Next Post 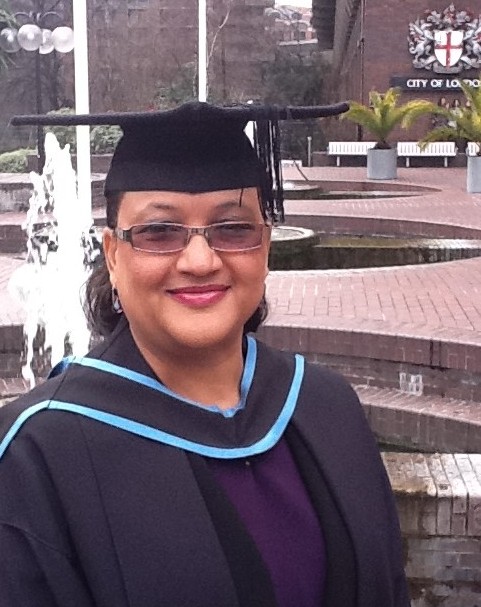