This story was posted 9 years ago
in Business
1 min. read

On 25 April 2013, the Ministry of Finance and Energy, led by Prime Minister and Minister of Finance and Energy, Dr. the Rt. Hon. Keith Mitchell, met with the Grenada Bankers’ Association, led by its President, Mrs. Champa Rampersad-Barnes. The meeting was held at the Republic House in Grand Anse and was the second of such meetings since the coming into office of the new Government.

The issues discussed at the meeting included:

Prime Mitchell told the bankers that in the New Economy, “Grenada’s economic revival and job creation must be private sector driven with Government providing the enabling environment. The 2013 Budget is aimed to do precisely this especially with stimulation of the construction sector.”

Speaking on behalf of the Bankers’ Association, Mrs. Barnes said: “The Bankers’ Association takes this opportunity to recognize the many initiatives included in the budget to support growth in key business segments. We will continue to lend support as we work together towards positive growth and job creation.  “

The next meeting of Government and the Bankers’ Association will be later this month.

NOW Grenada is not responsible for the opinions, statements or media content presented by contributors. In case of abuse, click here to report.
Tags: bankbudgetconstructioneconomyfinanceforeigngovernmentmitchellpmtax
Next Post 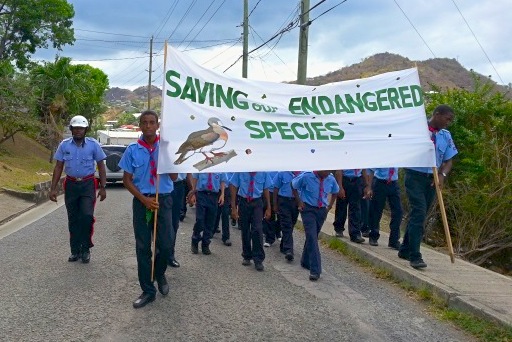