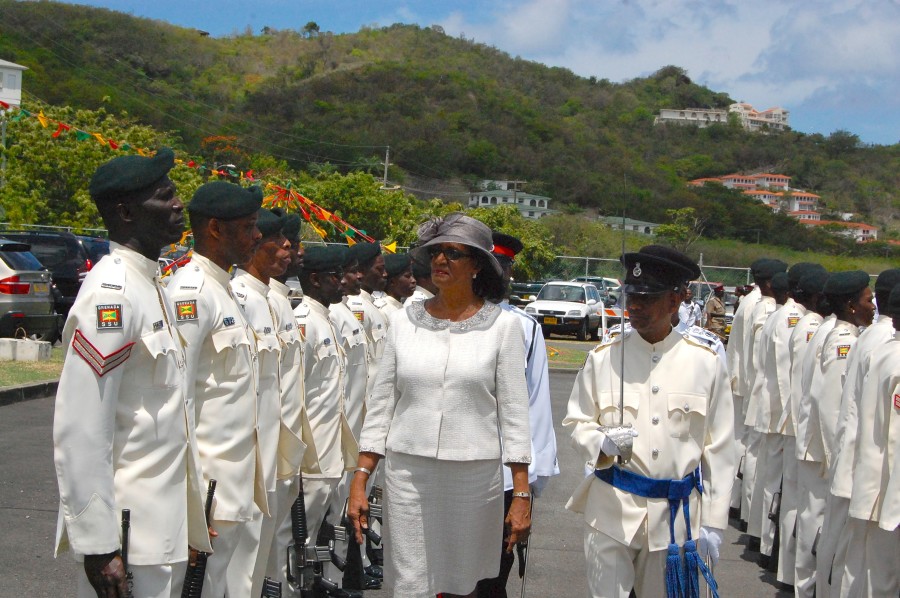 The historic Inauguration of the Country’s first female Governor General, Dr. Cecile La Grenade, is a clear testimony of the confidence the Government places on the leadership of the Nation’s women, in the new thrust to build and develop the Tri-island State of Grenada, Carriacou and Petite Martinique.

“The swearing-in of Her Excellency Dr. Cecile La Grenade, allows us once again to make a bold National statement about the value we place in women’s leadership”.

The strong sentiments of Prime Minister Dr. Keith Mitchell, as he hailed and ushered in the Country’s new Governor General Tuesday May 7th, at the Grenada Trade Centre in the Tourism Belt.

He said, that her Inauguration comes in the year when Grenadians elected the most women to the Parliament of the country, and also in the year when the country has been paying tribute to its first Governor Lady Dame Hilda Bynoe, who died earlier this year.

“I am sure that Dame Hilda’s stint of Governor will serve as an inspiration to you your Excellency. I have no doubt that you will build on that template, forge new paths ,and refuse to be held hostage to self doubts”, the Grenadian Leader told the new Head of State and the large gathering at the Trade Center.

“Dr. La Grenada has been identified, nominated and inaugurated, because she is the finest of our Citizens. The minute she took her oath here today, Dr. La Grenade moved from being a fine citizen to effectively becoming the conscience of our Nation. She has all the attributes needed in a Head of State- a non polarizing figure, a beacon of hope that can inspire an entire Nation”, the Prime Minister said,to much appreciation from the audience.

Dr. Mitchell is confident that the new Governor General will rise above partisanship and use her good office to shun activism and spur National consensus.

He said, that the swearing-in breaks the tradition of nominating Heads of State, who came into office after having connections to Political parties, like the last three Governor Generals have been.

“I believe this is a very significant point that needs to be made here today”, Prime Minister Mitchell pointed out.

He indicated,that the noble work of Dr. La Grenade makes her more than adequate and qualified for the job, having worked in the Ministries of Health and Agriculture, as a Teacher, Head of the Public Service Commission and a successful Entrepreneur.

The new Governor General graduated from St Joseph’s Convent St George’s, the Universities of the West Indies and Maryland. She has also achieved Masters and Doctoral Degrees in Food Sciences.

Dr. Mitchell wants to work with the new Head of State for the betterment of the country.“I want to personally extend my best wishes and that of my family to Her Excellency on this special Inauguration. I pray that you will have a long and distinguished term; and as Prime Minister, I will be calling on your wise counsel from time to time. I will be your humble servant in the interest of Nation building. Your Excellency, I stand ready to serve this proud and grateful Nation of ours”, the Prime Minister said.