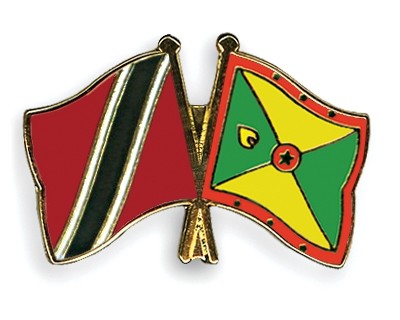 Joint Statement by Prime Ministers of Grenada, and Trinidad & Tobago

Joint Statement by Prime Ministers of Grenada, and Trinidad & Tobago

Prime Minister Persad-Bissessar congratulated Prime Mitchell on his overwhelming Feb 19th, 2013 election victory. Prime Minister Mitchell responded by saying, that his visit to Trinidad and Tobago was his first overseas visit since assuming Office in February of this year.

The following are discussion points of the meeting held  between Prime Ministers Persad-Bissessar and Mitchell:

Trinidad and Tobago is Grenada’s largest trading partner, accounting for approximately 36% of merchandise trade and 49% of Banking services. Insurance services are also significant between the two countries. Trinidad and Tobago and Grenada agreed to intensify their working relationship on all aspects of the Trade Agenda.

Both Prime Ministers expressed a commitment to implement the Framework Agreement for Cooperation in Energy Sector Development.

It was agreed that representatives from the respective Ministries of Energy, will meet at the earliest opportunity to finalise agreement on the joint exploration and exploitation of hydrocarbons in the maritime areas of Trinidad and Tobago and Grenada.

It was recognized that building internal human capital serves to propel externally driven growth. Trinidad and Tobago committed to assist:

Both countries agreed to develop a joint project in the Agricultural Sector with transfers of technology that would lead to significant leaps in productivity.

There was an acknowledgement of the challenges facing the Region in respect of Air and Maritime transport for both goods and passengers. The two Prime Ministers agreed to work closely together on alleviating these challenges.

On the issue of Regional Security, both Prime Ministers discussed the operations of the Advanced Coastal Surveillance Radar System which provides Maritime surveillance of the waters between Trinidad and Tobago and Grenada. The Prime Ministers agreed to further cooperate in this area.

NOW Grenada is not responsible for the opinions, statements or media content presented by contributors. In case of abuse, click here to report.
Tags: agriculturebusinesscaricomeconomyeducationenergygrenadainvestmentkamlakeithmitchellpartnerpersadregionsecuritytradetransporttrinidad
Next Post