Cabinet has taken a decision to authorise sand mining on specific beaches, to ensure that the country has an adequate supply of sand for the construction sector.

During a post cabinet briefing on Tuesday, Foreign Affairs Minister, Hon. Nickolas Steele said, the sand mining process could begin as early as next week.

He said, there are certain beaches where there is a stockpile of sand above and beyond the waterline, and there are other areas where sand is stockpiled with drainage clearing that is usually trucked out and moved elsewhere.

The beaches have not yet been named, but Minister Steele said, Gravel, Concrete And Emulsion Production Corporation is the only authorised body for the removal of sand.

“A fixed amount has been authorised in specific areas for sand mining. This is as a stop-gap between now and when Gravel and Concrete, with the assistance of the stone crusher, is in a position to produce sand or aggregate of the quality that can be used for construction that is not taken from our beaches” Mr Steele said.

He said, it is not a free for all, and the intention is to reverse the stall in construction activities, which is being done in consultation with the Ministries of Agriculture, Environment and other Ministries.

“That is purely as a short-term stop gap, until we are up and running to facilitate environmentally friendly aggregate production” the Foreign Affairs Minister said.

He added, that this is expected to be done, once the required equipment is on island to do the stone crushing to the level that it can be used as a direct alternative to the beach sand.

Minister Steele says, Mexico is assisting Grenada with a stone crusher that Gravel and Concrete will be able to utilize.

He says, a press release on the fixed quantity for removal will be issued shortly.

Giving Gravel and Concrete the authorisation to remove sand at specific locations, is putting into effect, a promise made in the 2013 Budget to reduce the price of sand.

The decision is part of government’s commitment to drive down the cost of construction and home ownership. That sand will be sold at a cheaper rate.

“Mr. Speaker, on the matter of the high price of sand, this Administration will engage in efforts to reduce its cost from about approximately 120 dollars for a load to no more than 60 dollars per load, a 50% reduction”, said Finance Minister and Prime Minister, Dr. the Rt. Hon. Keith Mitchell, as he presented the 2013 Budget.

“Our commitment, Mr. Speaker, is to deliver a meaningful reduction in the cost of construction and to stimulate construction employment and economic activity”, the Grenadian leader said.

He added, that in order to achieve this objective, greater efficiency will be required throughout the regulatory systems.

Dr. Mitchell said, government will modernize the Physical Planning Division to ensure efficient and timely approval of physical development plans,essential for the revival of the construction sector.

NOW Grenada is not responsible for the opinions, statements or media content presented by contributors. In case of abuse, click here to report.
Tags: aggregatebeachconcreteconstructioneconomyenvironmenterosiongravelgreensand
Next Post 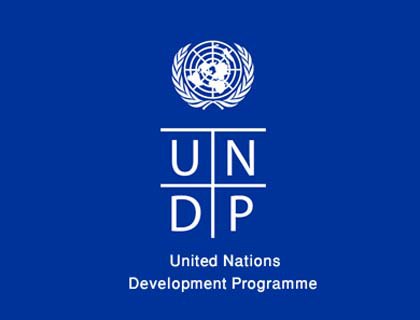