As of Friday 28 June 2013 the Grenada Government closed the doors of Consulate Office in New York because it will be downgraded to an Honorary Consular Office following the appointment of Mr Derrick James to the post of Honorary Consul.

In confirming the decision, Foreign Affairs Minister Nickolas Steele said that Mr James is a citizen of the United States, and according to international relations regulations the citizen of a country cannot represent another country in the post of Consul General. “Yes, the office will be closed, but it will be re-opened for the Honorary Consul General to continue to serve the Grenadian public there,” Steele said.

Grenada opened the Consulate Office following it becoming an independent state in 1974, and this is the first time the office has had to make such diplomatic administrative adjustment. The records have shown that all Consul Generals were Grenadians sent from the Country and were accepted by the USA Government.

Mr James was originally proposed to be in the diplomatic post of Consul General in the New York office by the former Tillman Thomas administration, but he was not accepted by the United States because of his citizenship. He, from all indications, continued using the title until the USA officially wrote to the Government of Grenada reminding them that the last appointed Consul General was Mr Allen McGuire whose service end in 2008.

Steele said that Mr James is “well loved” by the people in New York, and despite the fact that he cannot be named as the Consul General, the present Keith Mitchell administration has decided to work with him.

In order to be eligible for recognition as an honorary consular officer in the US, an individual must:

(2) be a citizen or legal permanent resident of the United States;

(3) not hold an office of profit or trust with the United States Government or a position with a state, county or other municipality of the United States which is considered by such entity to be incompatible with the duties of a foreign consular officer;

(4) obtain permission from the Secretary of the Department concerned, if he or she holds a commission as a Reserve Officer in any branch of the United States Armed Forces;

(5) reside in the area where recognition is requested; and

Steele said that closure of the office will be for short period as it is expected to last only for one week. “It’s a formality because the office is no longer operating at the same level, so we have to close and reopen,” he explained.

Grenada’s Embassy to the United States is based in Washington but the Consulate General of Grenada in New York provides services to all Grenadian citizens in the United States of America and its territories in a number of areas, including passport renewal; transfer of remains, visa information to other territories and emergency travel document.

With the office having the reduce status it also means that Mr James should not be referred as Consul General as he can be charged by USA as a fake diplomat and he will only be able to serve the people of the New York area. Persons in other communities and states will now have to use the services of the Embassy in Washington which is headed by Ambassador Dr Angus Friday.

NOW Grenada is not responsible for the opinions, statements or media content presented by contributors. In case of abuse, click here to report.
Tags: consulderrickembassyjameslinda strakernew yorkus
Next Post 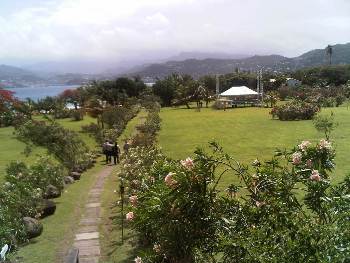