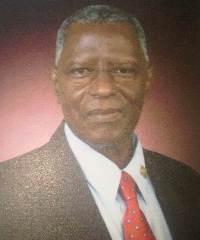 Ombudsman Argar Alexander has described the attitude of some senior public managers to him as disrespectful, with some of them behaving as if they are above the law, while certain members of professional bodies do great injustice to citizens.

In his 2012 annual report which was tabled during last week Friday sitting of the Upper House, Alexander who served in various public servant roles include Cabinet Secretary said that there are senior managers within the systems whose behavior bespoke a degree of impropriety with which he was unhappy.

“There is a seeming tendency for some senior managers to give the appearance that they are above the law and that that, as mentioned by one such individual, the Ombudsman should find better things to take up his time rather than resorting to writing letters to them,” said the report.

The Ombudsman said that he was of the view that there is evidence of arrogance among a class of such officers and such disposition did not in any way auger well for the social development of the country. “The message needed to be repeated time and time again that nobody was above the law regardless of the status which one may enjoy at a particular time,” he wrote.

Another matter of grave concern to the Ombudsman is the fact that there are some members of certain professional bodies who do great injustice to citizens seeking their assistance. “It is obvious that some lack of bare essentials of Christian living and do not seem to subscribe to the tenets of ethnic nor integrity” said Alexander.

Elaborating further he said, “Some of our citizens are hurting from the wounds being inflicted on them by those who call themselves professionals when their dealings are in fact illegal and reek of duplicity and dishonesty.”

Alexander who according to the Ombudsman legislation is mandated to investigate matters pertaining to suspected unprofessional behaviour from public officers to the public, said that justice and fairness will continue to suffer grievously at the hands of such persons, but it must be remembered that in God’s own time, in the fullness of time, He shall call all to account for what they are doing to others.

NOW Grenada is not responsible for the opinions, statements or media content presented by contributors. In case of abuse, click here to report.
Tags: officialombudsmanpublicseniorservice
Next Post