This story was posted 9 years ago
in Arts/Culture/Entertainment
1 min. read

A press release from the SMC says that Mr. Dennis is not the owner of Fun City and has played no role in either the planning or promoting of the forthcoming “Carnival City” event to take place there every Thursday starting 13 June 2013 until Thursday 26 July 2013.

“Mr. Dennis’ failure to deliver as a promoter in whatever part of the world has nothing to do with the Spicemas, the venue or our event,” said that release, which claimed that in the spirit of carnival, the owner of the venue made the offer to the Corporation, whose Board is presently chaired by Arthur Hosten.

“The owner of Fun City, Wallace Harvey, very kindly offered the venue for free, because as a businessman, he recognises the benefits for himself and fully supports the integrity of Spicemas 2013; and one of the reasons that his offer was accepted was because the previous venue on the Lagoon Road, generated a lot of traffic which the Traffic Department of the Royal Grenada Police Force deemed to be somewhat disruptive to the general public,” the statement concluded.

NOW Grenada is not responsible for the opinions, statements or media content presented by contributors. In case of abuse, click here to report.
Tags: carnivalcitydennisdmcharveykingorsonpromoterspicemaswallace
Next Post 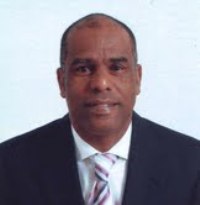