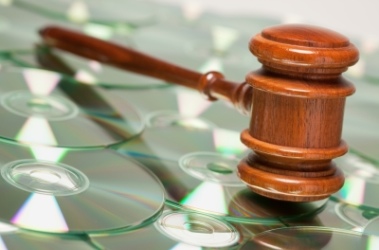 Every year between the months of June and August there is this loud cry from calypsonians and soca performers that they are spending the money to produce the hits and the pirates are the ones who are benefiting financially.

The questions many will ask again this year is: What can be done to stop this? Well to some the answer is clear, while to many it may be breaking news. Like so many others things that need law enforcement, the creative industries in Grenada has found itself in a position where those who know are refusing to act until it is affecting them directly, and those who don’t know will constantly remain in that dark zone.

Grenada is among the few territories in this region with tough intellectual property legislation, especially in the areas of copyright, trademark and patent. Old legislation was repealed, and new ones came into effect between 2011 and 2012.

On 26 April 2012, the Copyright legislation came into effect, and from all indications not even those who stand to benefit from this initiative are aware of legislation which falls under the country’s obligation to the World Intellectual Property Organisation. This piece of legislation was championed for Parliamentary approval by the then Junior Minister Arley Gill, and on that day I clearly remembered some words of Parliamentarians who supported the Bill.

“This is a new day for all in the entertainment industry,” said Gill, who also called on soca in the creative industries to become acquainted with the clauses. The then Senator Gregory Bowen called for Government to take a loudspeaker and go around the town telling the pirates in particular about the penalties of the legislation, because this is one piece of legislation that provides the power for the police to enter and search any premises or place, including any vehicle, without a warrant, once there is reason to suspect that there are infringement work in the place; property or premise.

Even with that loud praise when the legislation was approved, the implementation began facing an uphill battle, not just among music users but also among the music owners. The Eastern Caribbean Collective Organisation for Music Right appears to be the only body that is focusing on encouraging the implementation for its members, but ECCO’s work only focuses on music making; the other areas of intellectual property directly linked to copyright are not getting the attention they deserve.

It must be noted that important to the effective implementation of the law is standard practice within the industry. Too many artistes in Grenada are failing to understand and become acquainted with standard practice, and sitting behind in silence hoping and wishing for a miracle. A simple thing as a contract with a promoter or publisher can make a big financial difference, but over the years some of our top promoters who constantly preach promotion of the culture are still refusing to acknowledge the importance of a contract, and treat local artistes who dare to even talk about a contract in the most despicable of ways.

Change within the creative industry will not happen overnight with regard to respect for intellectual property, but it’s time that our artistes accept that they themselves have to champion their own cause and then the abuse will stop. So don’t complain when you see the pirates selling your work and you did not make a report to the police. Stand up and take a stand for your intellectual property, and this will be the beginning of a new road.

Standard practice provides for you to put out promotional material which should not be for sale or resale. If you did not put your work out for sale, if you as an artiste or a publisher did not make an arrangement or establish a contract with anyone to sell your work and you see it for sale  — you have a right to notify law enforcement just the same way a farmer reports praedial larceny!

Your property was stolen and you know who is selling it — call the police! The law is on your side so don’t be frighten!

NOW Grenada is not responsible for the opinions, statements or media content presented by contributors. In case of abuse, click here to report.
Tags: carnivalcopyrightcreativeeccoindustrylawlinda strakermusicpiracypropertyrights
Next Post