The First Promise Cool The Heat

The First Promise Cool The Heat

This story was posted 9 years ago
in Law, OPINION/COMMENTARY, Politics
5 min. read

The start-up of the roads and bridges maintenance contract in the Eastern parish seems to have cooled down the political rhetoric islandwide — so that nothing is being said by the opposition elements on the happenings nowadays.

As some chaps liming by the bar last week put it to me — that it looks as though the clean-sweep victory at the polls in February, and now the promises made by the winners beginning to come on stream with the new road works contract, the losing group that ended up in chaotic disunity seems to have lost their voices as well.

I had to admit that the few who stayed together are rather quiet, now that the new controllers have began to perform as promised.

And even the senators appointed by the last Governor General, to give them a voice in the Upper House of Parliament — they too, seem to have taken leave of their usual tendency to speak up on national issues as they arise.

Whatever are the reasons for the strange quietness, the fact remains that the new leaders have started to keep their promises—– and there is not much, if anything, that can be said in dispute of the performance.

Of course this is just the tip of the iceberg, and there is a whole lot more to be done, to bring the situation up to the expected standards to satisfy the many promises made — but when compared with the stalemate that existed for almost four and a half years, this is very promising.

As for the promised foreign investors who are expected to provide those thousands of jobs — those now in control have to be very careful about who they allow to come in, and on what condition to invest.

There maybe loads of foreign currency out there, looking for some place to be invested to try and clean up their appearance and origin — but our leaders should not be too eager to fall into that trap, because the outcome and the stigma could be devastating.

The Kuwaiti fund and the CCC contract for the roads program, has been a very promising start of the things in the pipeline to come — so there should be no mad rush to fall for anything that merely looks good, without taking the time to make sure that what is behind the good looks are as worthwhile, and those making the proposals can stand up to public scrutiny beyond our shores.

We are hearing about two or three investors who were very eager to come on board and start their business, and from what was published about them at the time they all sounded very promising. But except for the Jamaican hotel chain of Sandals, not much has been heard about the others since after the elections, so we wait and hope that the interest is still alive.

Whether the continued bad press from some quarters, pertaining to the idea of casino gambling for foreigners in certain hotels has had a negative impact on the plans — only time and the unfolding activities will determine in due course.

But as many of us have stated on that issue — we cannot expect to be dependent on tourists coming to our shores to help provide employment for our people, and at the same time dictating to them how they must spend their monies.

And since the idea stated by the Government was to allow only foreigners or visitors to us those facilities — I fail to see how it could produce the negative impacts being propagated by the detractors.

We like to advertise our islands and the facilities as prime tourist attractions for visitors to come and enjoy — but that cannot mean just the sum and the sea and the crime-free atmosphere, because these are available in many islands around us.

The idea of casino gambling in selected hotels for foreigners can be controlled, and will be an added attraction for visitors who like to try their luck, and I hope the government pursues the idea as to attract more investors to our shores.

The economic situation is critical, and actions must be taken to help those most in need to help themselves — because if nothing concrete is tried by the controllers, and things become much worse to the point where law and order break down, and the protection and safety of people’s property get out of control — the end result could be a whole lot more damaging to our image as a tourist attraction, where visitors can come and relax in peace and safety.

And even as I am thinking of those already in desperate need to make ends meet, and seeing the many school children at the bus stops on their way to the end of the term just around the corner — I am reminded that in the next month or two, very many hundreds will be joining the job queue, looking for work that does not exist, and with little or no hope of concrete changes anytime soon.

So now that the first promise has been achieved, and in the time stated back then — I trust and urge the controllers to pursue their other plans, to attract some foreign investors to come on board — with the added incentives that will in time also attract more tourists to come to our shores to enjoy the atmosphere provided.

Our agricultural sector, and the millions of barrels of oil predicted to be in our offshore boundary with Trinidad and Tobago and Venezuela — these will take some time to start producing as expected, so we have to concentrate on the tourists’ attraction to help our people.

And because time is not on our side in the given circumstances — those in control have to take in front and start the ball rolling, so that some changes can be achieved before the situation gets out of control — when too late shall be our cry.

NOW Grenada is not responsible for the opinions, statements or media content presented by contributors. In case of abuse, click here to report.
Tags: casinocccchinaconstructioncontracteconomyelectionemploymentforeigngamblinginvestmentjobkuwaitlaw & politicslloyd noelndcnnpoiloppositionparliamentpetroleumpoliticspromiseroadtourism
Next Post 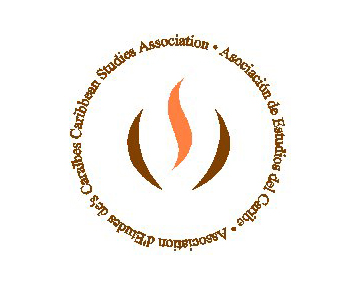