The Board of the SpiceMas Corporation was able to collect almost EC$2 million in revenue but it still continues to be indebted to service providers, and plans are in the making to undertake fundraising initiatives that will not only clear its outstanding, but put it in a better financial position as it prepares to coordinate Carnival 2014.

Alister Bain, Deputy Chairman of the SMC, said that among the heavy outstanding is more than EC$140,000 to Ian “Judah” St Bernard — one of the major service providers who was owed more than EC$200,000 when the new board was appointed in May 2013.

“When we took over, the outstanding debt was around EC$400,000 but we were able negotiate and work out a plan that now see us owing him 70% of his claims for 2013 season,” said Bain, who heads the Finance Committee of the Corporation.

Bain said that the Corporation is still auditing its books, but he anticipates that final figures will at the end will further reduce the debt. “We will not be able to erase it, but we will be able to erode it,” he said while explaining that the new ticketing system earned more than EC$500,000.

“Through that system we collected EC$520,000 from ticket sales, and this we believe is the most ever collected through gates receipts,” he said. The soca monarch competition which is the “cash cow” of all the carnival events brought in approximately EC$100,000 more than in 2012.

Last Saturday, the Corporation for the first time in five years, presented prize payment totalling EC$881, 875 to winners and participants in carnival activities, which covers events from the Traditional Mas’ competition held in Victoria on 27 July, to the Parade of Bands on the Streets of St George’s on 13 August.

Chairman of the SMC Arthur Hosten in his remarks, warned that 2014 will not be business as usual, while in supporting his statement, Culture Minister Alexandra Otway–Noel said that there will be some shaking up to get things going better.

Major titles were Band Of The Year — “Reef”, a presentation by Andre Garvey and Associates; the Calypso Monarch was Keturah George; the Soca Monarch was Boyzie; the Groovy Monarch was Blacka Dan; while panorama was won by Coyaba New Dimensions.

NOW Grenada is not responsible for the opinions, statements or media content presented by contributors. In case of abuse, click here to report.
Tags: businesscarnivaleconomygovernmentlinda strakerprizerevenuespicemassponsorsubvention
Next Post 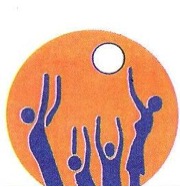