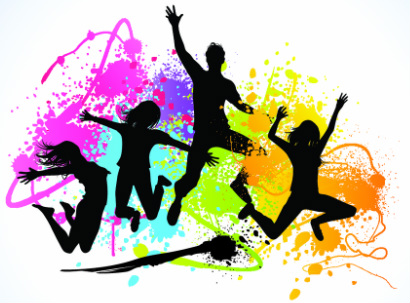 Share
“Small step but tremendous impact” were the words echoed by Social Worker, Mrs. Chrissie Worme Charles at the Closing Ceremony of the Ministry of Social Development and Housing’s 1st Summer Drama Programme hosted at the Happy Hill Secondary School.

The programme, which was headed by the Division of Social Services, brought together 18 students from 8 Secondary Schools and 1 Primary School with the purpose of introducing them to Process Drama as a means to dealing with individual and social problems.

Under the guidance of facilitators Abina Vincent and Roger Williams, both Drama Majors at the Edna Manley College of Visual and Performing Arts in Jamaica, the students were taught the art of discovering the self, discovering the voice and teamwork among other techniques.

At the end of the sessions the students who began the workshop not knowing each other, left as good friends.

“I learnt that team work is always good, that it’s always good to believe in each other and trust each other. I could say it was really nice and I enjoyed it”, Jadey Penny, a participant from the Grenada Boys Secondary School said.

“I can’t believe it’s over already, we just started to have fun,” Kevon Martin, another participant said.

The sessions also included drama games that tapped into the teenagers’ creativity, encouraging them to find new and better ways to deal with difficult circumstances and physical exercises such as the machine and the plank that taught them to be more open and trusting.

“We started out with some closed persons and now we have some soft hearted, expressive persons,” Ms. Vincent said. “Bodies that were hidden behind folded arms were transformed into bodies that were jumping and acting.”

Mrs. Worme Charles said that the workshop, which ran from 29 July to 2 August, “was a dream brought to reality by the hard work of the Chief Social Development Officer, Mrs. Yvonne Dabreo” and that “the skills learnt from the past few days will shape the teenagers’ life decisions and make them into better children, better students and better citizens”.

This program is the first of a series of community interventions to address some of the problems affecting the nation’s vulnerable citizens.

GIS
NOW Grenada is not responsible for the opinions, statements or media content presented by contributors. In case of abuse, click here to report.
Tags: communitydevelopmentdramagovernmentsocialyouth
Next Post