The Importance of the Legal System in Grenada

The Importance of the Legal System in Grenada

A legal system refers to the whole gamut of institutions which rely upon law in order to regulate the behaviour of individuals in society. There are two main categories of legal systems: common law jurisdictions and civil law jurisdictions. Grenada and several other commonwealth countries have adopted the common law system originating from the United Kingdom (UK). What is referred to as “the common law” developed over many centuries in the UK without being codified. Subsequent written laws were enacted by parliament and were added to the common law. Civil law jurisdictions in countries such as France and Germany are mainly codified and the laws are to be found in statute books.

The common law legal system in Grenada involves the Constitution, legislation made by parliament, judge-made law, decrees and regulations made by the executive, the courts and the various officers of the courts such as magistrates and judges. The Constitution provides the general framework within which all laws must be enacted. Section 106 of the Grenada Constitution provides that the Constitution is the supreme law of the state and that if there is any other law which is inconsistent with any of its provisions, then that law would be void to the extent of the inconsistency. As a consequence of section 106, parliament has an obligation to ensure that all laws which are enacted by it are within the constraints of the Constitution.

Judges do also make laws in common law jurisdictions and they do so by way of precedent referred to as “stare decisis” (Latin term for “to stand by decisions”). This means that decisions of higher courts are binding on lower courts. In terms of ascending order the courts to which Grenada is bound are the magistrates courts, the Supreme Court of Grenada and the West Indies Associated States comprising a High Court and a Court of Appeal, and the Privy Council based in London.  It is to be noted that the Supreme Court is referred to by other participating states as “the Eastern Caribbean Supreme Court”. Grenada’s Constitution therefore needs to be amended in order to change the name of this court to the generally used name.

The courts themselves adjudicate law within two main areas: criminal law and civil law (as distinct from civil law jurisdiction). Criminal law regulates the definition and punishment for crimes such as murder, assault, fraud and theft. Civil law involves the regulation of legal issues such as in contract, tort, property law, equity and trusts. When adjudicating with respect to criminal matters the standard for proving the guilt of any accused person must be beyond reasonable doubt. With regards to civil matters the standard of proof is based upon a balance of probabilities. In other words it is generally much harder to find someone guilty of a criminal offence than to obtain judgment against an individual in a civil case.

In a criminal case also it has to be proved generally that a person is guilty of two things. Firstly, the accused person must be found to commit an act which is deemed by society to be criminal. That is, the “actus reus” (guilty act) must have been done in fact. Secondly, the accused person must have had a malicious intent to commit the criminal act. That is, he must have “mens rea” (guilty mind). However, there are crimes to which strict liability is applied, and thus actus reus is sufficient. For example, someone may still be found guilty of raping a minor despite the consent of the minor even if the accused person believed that the victim was an adult.

Besides the other mentioned laws, all decrees and regulations which are made by a government are also considered to be good laws once they are made within the context of existing legislation. Therefore when government makes certain regulations for establishing certain conditions for the construction of a dwelling house, those regulations constitute good law, and individuals may be prosecuted for breaching those regulations.

As may be discerned from the above discussions, the presence of the existing legal system in Grenada plays a most important role in the development of our society. The fact that people in general are aware of its existence, enables the society to be generally cohesive and more predictable.

Subsequent parts of the abovementioned topic will deal with the role of the Court system including the roles of magistrates, judges, and lawyers.

NOW Grenada is not responsible for the opinions, statements or media content presented by contributors. In case of abuse, click here to report.
Tags: courtjosephlawlawrencelegal
Next Post 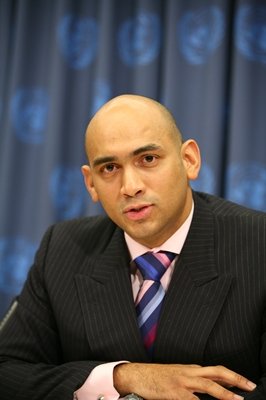