Margaret Francisco, the wife of Slinger “The Mighty Sparrow” Francisco wants the fans of Sparrow to pray for the well known Caribbean calypso entertainer who is presently in a coma in a New York hospital.

In a short statement issue to the Trinidad and Tobago press, she also called on the media “to respect their privacy.” Sparrow who is known to be suffering from diabetes is said to be hospitalised and was in a critical condition since last week, but it was a shock to fans to learn on Monday that he was in coma.

“I was informed some weeks ago that he was not doing very well, but I had no idea that I would getting this type of news. Being a Kaiso Lover from birth, I grew up on Sparrow and have used his music to teach my children, to illustrate life lessons to youth groups, to express thoughts in my thesis and other academic papers. This news therefore is a major blow to me and I continue to pray for God’s will to be done, I hope without much pain and/or discomfort”, said cultural advocate Alan Robinson.

Affectionately called “The Birdie” he is described as the unrivaled Calypso King of the World, with a career that spans over 40 years and counting. He has entertained audiences across the globe, including the Caribbean, Europe, Asia, Africa, North and South America.

Though growing up in Trinidad, Sparrow who was born on 9 July 1935, in the fishing and rural community of Grand Roy, St John, migrated to Trinidad at the tender age of 12 months. Last year the community honoured him with a monument in a special celebration. 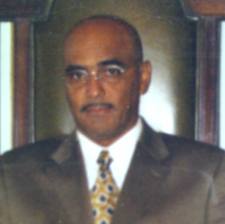