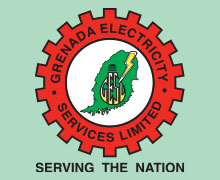 Customers to Pay More for Electricity

Customers to Pay More for Electricity

The Grenada Electricity Services Ltd. (GRENLEC) wishes to advise customers that effective 1 February 2014, there will be a moderate non-fuel rate adjustment for electricity.

To demonstrate the impact on customers’ bills, we present these samples:

Understanding the economic conditions that prevail, we regret that this increase is coming at this time. However, we believe that it is more practical to implement small rate increases than to delay, thus risking the possibility of a higher rate increase at a later stage.

Our Company has always been cognisant of the impact of rate increases on our customers and in 2008, 2010 and 2013 GRENLEC sacrificed revenue by deferring increases in order to ease the burden on our customers. However, we cannot always absorb all the increased expenses and still maintain the quality service that our valuable customers have come to expect.

GRENLEC does not and cannot adjust rates at will. In 1994, a Price Cap Formulae (RPI -2%) was introduced to regulate the adjustment of non-fuel rates. This price cap regime governs how rate adjustments are calculated and prevents GRENLEC from increasing rates to make profit. It also prevents GRENLEC from passing on costs resulting from inefficiencies to our customers.

Before a rate change can be implemented, an application must be made to Government and allows 120 days for response. In some years, through this process that allows for dialogue, the Company has made the decision to delay or not implement a rate increase that was due. The new non-fuel charge will apply to electricity used from 1 February.

Bills issued in February, for usage in January and February, will bill the January portion at the old rate and usage from 1 February at the new rate.

The Caribbean Electric Utility Corporation (CARILEC) provides an annual comparison of members’ rates. According to the last surveys of 2011 and 2012, Grenada’s electricity rates were about mid-range in the region.

The Grenada Electricity Services Ltd. (GRENLEC) continues to take seriously its responsibility to provide reliable energy to our customers, while managing costs that it can control.

NOW Grenada is not responsible for the opinions, statements or media content presented by contributors. In case of abuse, click here to report.
Tags: electricityenergyfuelgazettegrenlecpricerate
Next Post