Political leader of the ruling New National Party Dr Keith Mitchell, said that there will be no celebrations to commemorate the Party first anniversary of winning the 19 February 2013 general elections in which the party won all seats in the House of Representatives.

“We will not celebrate; instead we will reflect on the challenges and achievement over the past year,” Dr Mitchell said in an interview carried live on the Government Information Service with talk show host Andre Donald.

“I cannot say we are happy, but we are quite convinced that we are heading in the right direction for the development of the country,” he further elaborated when questioned about the promises made while on the campaign trail which had a slogan of “we will deliver.”

Mitchell, who was voted out of office in 2008, said that his biggest surprise upon returning to office was not the country’s public debt, but the monthly payroll of the public service. “When I left in 2008 it was EC$18 million, but when I returned it was close to EC$31 million. This means that right now seventy cents on every dollar has to go towards salaries for the public service,” he said while explaining that the previous National Democratic Congress government made a decision to increase the public service permanent staff.

While admitting that the debt must be dealt with and creditors are not happy as they stand to be negatively affected, he said that Government will be undertaking initiatives that will reduce the heavy monthly wage, and at the same time work with its international partners to come up with a repayment plan that will satisfy both the creditors and the country.

He also said that Government will not be appointing a new employee for every retired position in the service, but instead Government will only adopt an attrition format of appointing only 30 persons to every 100 persons who retire. “As a matter of fact we will be moving to remove some 400 positions within the service which have not being filled over the years,” he said.

Speaking about the need to reach a new agreement with creditors, he confirmed receiving letters and telephone calls from creditors, and explained that Grenada is not working alone in the process, but with international partners.

“I can accept the fact they are not the happiest right now,” he said, “but that is something we have to deal with.”

Within days of returning as Prime Minister, Dr Mitchell announced to the world that the global financial crisis has taken a heavy toll on the country, and aggravated the severe debt overhang that continues to weigh down Grenada’s economy.

“It is now time for Grenada to confront the fact that it cannot continue to pay its debts on current terms, and that the restoration of growth requires the debt overhang to be resolved. We need a fresh start, and it is therefore imperative that we approach our creditors promptly to discuss an orderly restructuring of our liabilities,” he said, according to a GIS release dated 8 March 2013.

NOW Grenada is not responsible for the opinions, statements or media content presented by contributors. In case of abuse, click here to report.
Tags: anniversarycreditordebteconomyelectionkeith mitchelllinda strakernnp
Next Post 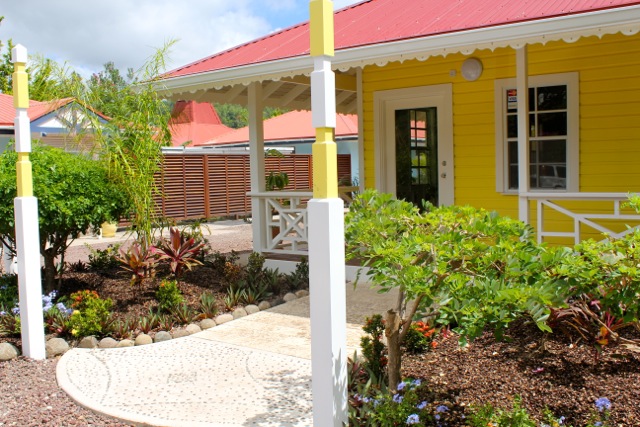