A new teaching hospital is to be established with backing secured from the Government of China, other overseas partners, and St George’s University (SGU), Prime Minister Keith Mitchell announced at a town hall meeting in New York yesterday.

The Prime Minister indicated that not only has his New National Party administration secured material support for the teaching hospital, but also promised that it would be a “first class facility” that will “sell Grenada as a serious place of health tourism,” where nationals, including those residing in the Diaspora, could receive top medical treatment and also use it to recuperate. “The benefits are going to be enormous.”

Mitchell was interviewed at the New York town hall meeting by Barbados-born journalist Tony Best. New York is the first stop of a three-city visit by a delegation headed by the prime minister and including Deputy Prime Minister and Minister of Legal Affairs, Elvin Nimrod; Health minister Dr Clarice Modeste-Curwen; and government advisor and former foreign minister Peter David. The delegation is also travelling to Montreal and Toronto.

In addresses to the audience, which included Grenadian nationals, diplomats and representatives of various levels of government in New York, Mitchell, Nimrod, Modeste-Curwen and David, thanked Grenadians in the diaspora for their ongoing support and assistance to Grenada, Carriacou and Petite Martinique.

At the town hall meeting, it was also disclosed that diplomat Derrick James, the former Grenada consul general to New York, had been appointed an ambassador to the United Nations. As ambassador, James has special responsibility for Humanitarian Affairs and Diaspora Affairs. 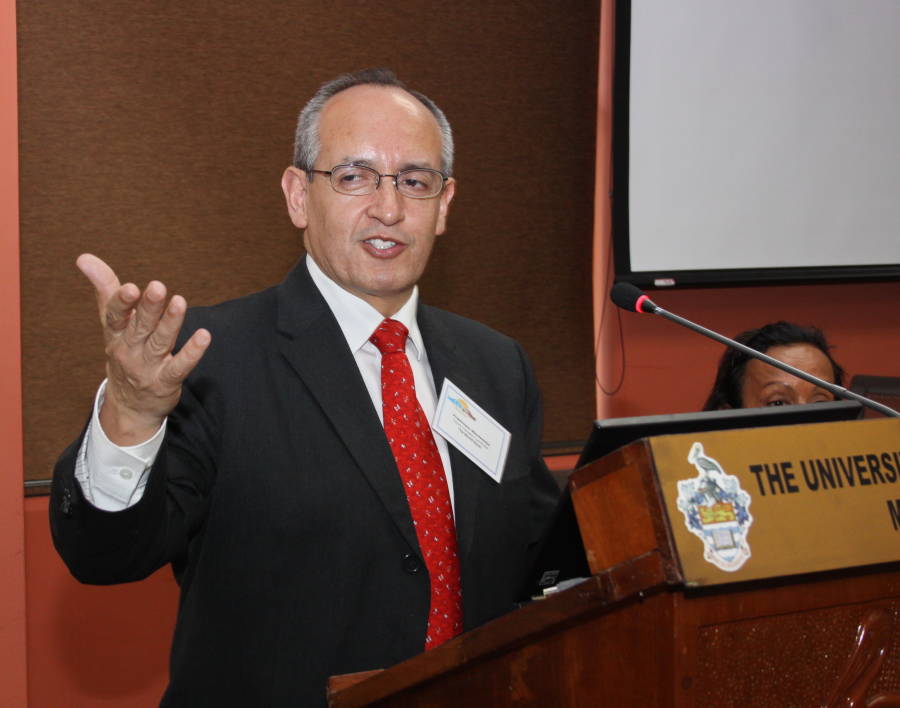