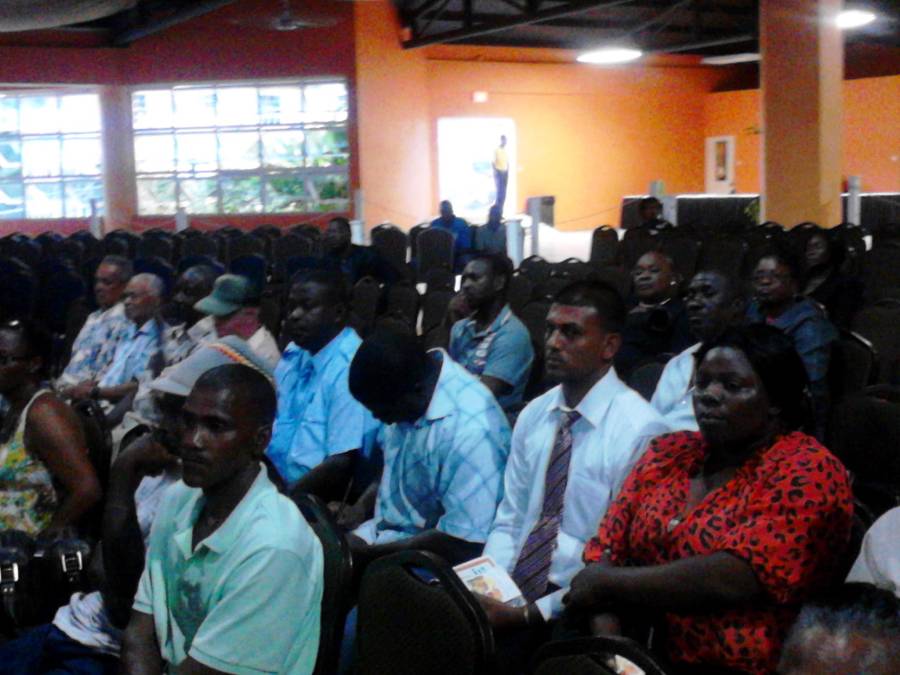 Agriculture Minister Roland Bhola has applauded the initiative by the Marketing and National Importing Board (MNIB) to launch its 20/20 Strategic Plan, as it will bring greater benefit to farmers and all those involved in the agribusiness sector.

As MNIB begins the process for transforming its operations through its 6 year strategic plan, Trade Minister Oliver Joseph said that government itself has set some targets which should result in some significant financial benefit for farmers and other customers of the establishment. Addressing the launch of the MNIB strategic plan on Tuesday at the Spice Basket, Joseph said that one of government’s plan is to increase the amount of farmers that do business with MNIB from an average of 1400 to 3000 by 2016, and to increase the amount of local produce purchased from 2.6 Million to 4 million by 2016. MNIB will increase the average purchase price paid to farmers and that there will be an increase in the amount of extension services being offered to our farming community, Joseph said.

CEO for the MNIB Ruel Edwards said that one of the initiatives under the strategy is an active produce forecasting system. “I am heartened to know that already efforts are on the way to develop and introduce a crop forecasting system. This type of market to market information system will facilitate the integration, interaction and transactions between producers and consumers thereby reducing post-harvest loses and stable prices to farmers,” he said.

Grenada with a population of a little more than 100,000 should not have a problem feeding itself with a lower food import bill. Disclosing that the food import bill is beyond EC$125 million per year, Joseph said that amount is unacceptable for a nation with fertile soil. “We just have to learn to feed ourselves,” he said, stressing the need for more persons to acquire the taste of locally produced food instead of imported food.

Joseph said that government has adopted a policy aimed at targeting young people into the agriculture sector through the Farm School programme with the right technology. “This policy approach will be supported by the small business development fund currently being administered through the Grenada Development Bank,” he said.