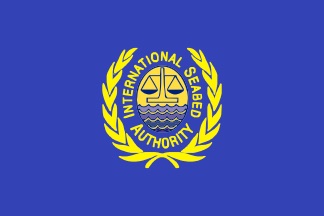 Grenada in Arrears to the ISA

Grenada in Arrears to the ISA

Grenada is one of six Caribbean countries in arrears to the International Seabed Authority (ISA) — an autonomous international organisation which administers mineral resources in the seabed.

Barbados, Dominica, the Dominican Republic, Grenada, St Lucia, and St Vincent and the Grenadines, are among 43 members that are in arrears of two or more years, effective April 2014.

The annual report of the Secretary–General, Nii Allotey Odunton, was the focus of a two-day debate in the Assembly. The report did not give the dollar amounts owed, but said that up to 30 April 2014, only 29.7% of the Authority’s 166 members had paid.

The money collected represents 68.7% of the value of the member contributions to the 2014 budget. As the inter-governmental body wound up its session last week Thursday, a day earlier than originally scheduled, its Council signalled it wanted formulation of procedures and criteria for applications for extension of exploration contracts as well as exploitation regulations to be given top priority.

It is not clear who represented Grenada at that and whether or not the outstanding was settled by the time of writing this report. Emails and calls to a number of relevant persons went unanswered or not acknowledged.