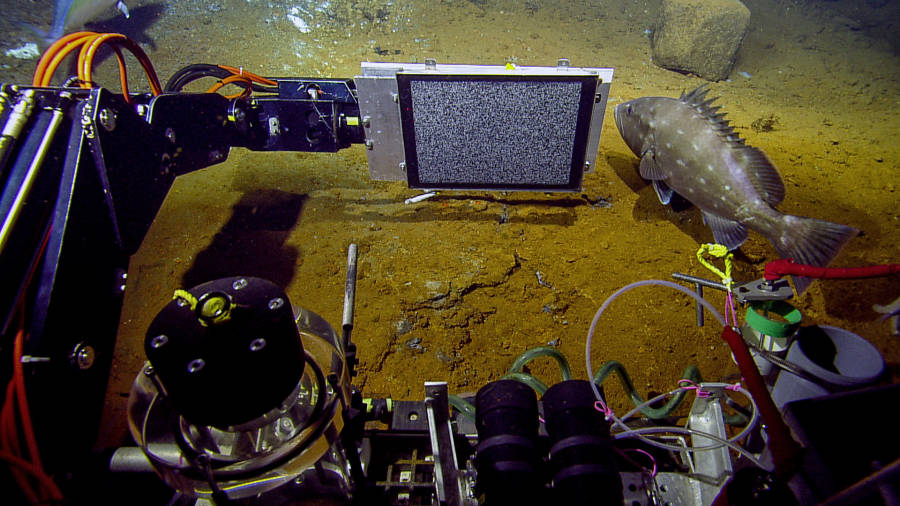 This June the public was invited to experience live deep-sea exploration of underwater volcanoes and more, during the 2014 Season of Ocean Exploration for the E/V Nautilus and Dr Robert Ballard’s Corps of Exploration.

Ballard is National Geographic’s Explorer-in-Residence, and the man responsible for finding the RMS Titanic. He founded the Ocean Exploration Trust in 2008, for scientific exploration of the seafloor. The E/V Nautilus is a 211 foot research vessel which is equipped with all of the latest in ocean technology and can host a 31-person science team, plus 17 crew members.The Nautilus Corps of Exploration focuses on three main areas of marine science: biology, geology, and archaeology.

According to a release from Susan Poulton, Media Relations, Ocean Exploration Trust, the cruise to the southern Lesser Antilles volcanic arc was part of the INSPIRE project, funded by NSF with the purpose of studying and improving telepresence for ocean exploration. Scientists implemented several student-designed exploration projects led from shore. Kick’em Jenny is the most active submarine volcano in the Caribbean Sea, and during the past century it has shown a history of progressive growth with explosive eruptions. Hazards include explosive eruptions that can breach the sea surface and the potential for tsunami generation.

The 2014 season ended with dives on the Kick’em Jenny submarine volcano off the coast of Grenada, from 18 September to 8 October, exploring with a new set of sensors to examine any changes in gas/fluid venting in the inner crater that might indicate renewed eruptive activity.  Many Grenadian students and residents submitted questions to Nautilus Live throughout the expedition.

NOW Grenada is not responsible for the opinions, statements or media content presented by contributors. In case of abuse, click here to report.
Tags: kick’em jennynautilusrobert ballardsubmarinevolcano
Next Post