This story was posted 6 years ago
in Sports
4 min. read 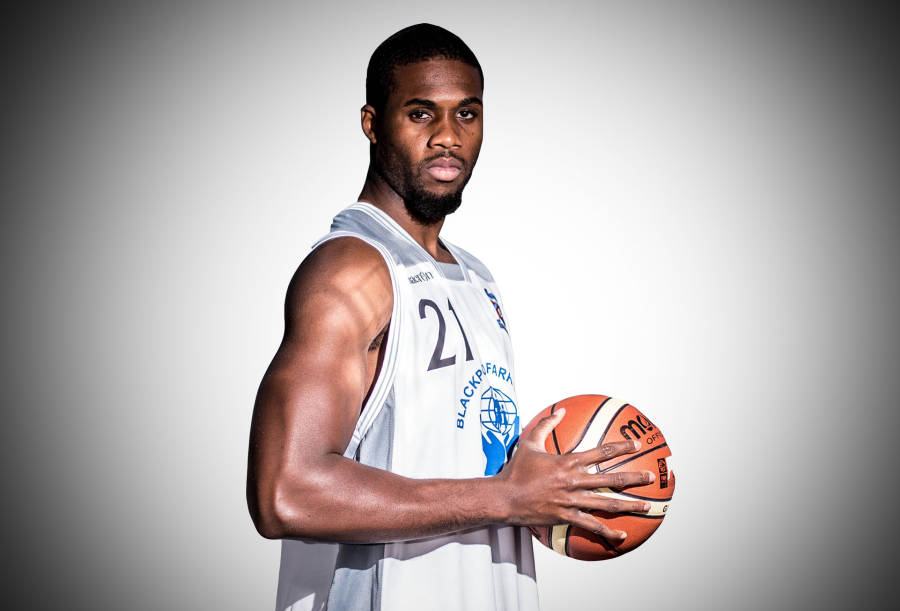 Nigel Byam, a Grenadian–American, has been deployed to the Middle East — Bahrain and Iraq. And no, he’s been there not as a member of the US Armed Forces; but as a professional basketball player.

Byam, 27, is now pursuing his pro career in Ireland, averaging a double-double in points and rebounds for his club Neptune. But he has vivid memories of his Middle East stint.

“My professional basketball career began in the Middle East. When I say this I always get a look of amazement. I’m very proud to share my story about my experience there,’’ Byam said in an exclusive interview.

“I first started in Bahrain. The culture of the place is wonderful. During my time there, I played for two professional teams — Isa Town and Bahrain Club.’’

Byam did not allow the ongoing conflict in war-torn Iraq prevent him from accepting a contract, arranged by his Middle East agent, to play b-ball in the Iraqi city of Al Hillah.

“I was a little nervous about the situation when I got there. But I met my teammates and they were completely wonderful guys. They are great people and they made me feel really comfortable. I was about two hours away from Baghdad but they have security checkpoints every other block. Without security it would be a much quicker drive,’’ said Byam.

The six-foot, seven-inch athlete was born 1 June 1987, to Finbar and Lydia Byam of St George’s.

“I’ve always been an active child and I loved sports. Watching basketball on TV with my dad was always a great experience. So my interest in it started from there,’’ Byam said.

However, basketball wasn’t Byam’s first love as a sport.

“It was actually football – both the American-style football and what others may call soccer,’’ Byam disclosed. “Coming from my Grenadian roots, a big part of my childhood was spent playing football and steelpan. I spent a lot of time immersed in it with my cousin Cordel Byam.’’

His Grenadian and Caribbean background was extremely important in other aspects of Byam’s upbringing. It accounts for his firm belief in God, his pursuit of a formal education, and his interest in giving back to his community.

He has an Associates’ Degree in hotel, restaurant and tourism management, with a concentration in culinary arts; and also a Bachelor’s in advertising, marketing and public relations.

He owns a T-shirt clothing line — High Access Apparel — and has hosted life-skills and basketball training clinics in New York and Grenada.

“Growing up watching Patrick Ewing perform on the court was cool,’’ Byam said. “I was also attracted to his style of play. He commanded attention on the court and was a force when he did what he did. Also, I connected with him because he has Caribbean roots. I saw him as someone who made it from a place like me; and that made me like him even more as a basketball player.’’

Byam graduated from Carl Albert Junior College as an All-American player, moving next to compete in Division 1 basketball at Brooklyn’s St. Francis College.

One of Byam’s teammates on his current Irish club, Neptune, is Grenadian Michael Bonaparte.

Byam welcomes the opportunity to perform in Europe, but says leaving his Iraqi team involved making a financial sacrifice.

“The finances were amazing and I developed a good relationship with the team. I was the only guy from America on my team but other teams actually had two Americans. You wouldn’t get great attendances at the games but they had pretty good stadiums,’’ Byam said in recalling his Iraq experience.

“Financially, it was a big loss for me to move to Ireland. But, basketball is more respected there, so it’s worth the sacrifice. I wanted to experience Europe. I’m doing very well, so far; I’m averaging double-double stats.’’

If an NBA team comes calling, Byam clearly will grab the opportunity. In the meantime, however, he’s enjoying his overseas career and putting his time and energy into his business and organization he has established called, “Team SBG Foundation’’.

“I have ambitions to play ball and help others. With Team SBG Foundation I’m able to help people and give back to the community not just in the US, but also back home to Grenada and everywhere I play,’’ said Byam.

“I’m never limited to what I can see. I’m always in a constant state of dreaming larger and with that, I also have an entrepreneurial spirit.’’

“It was great and very humbling to be able to represent my roots. It was one of the best moments of my life,’’ Byam declared.