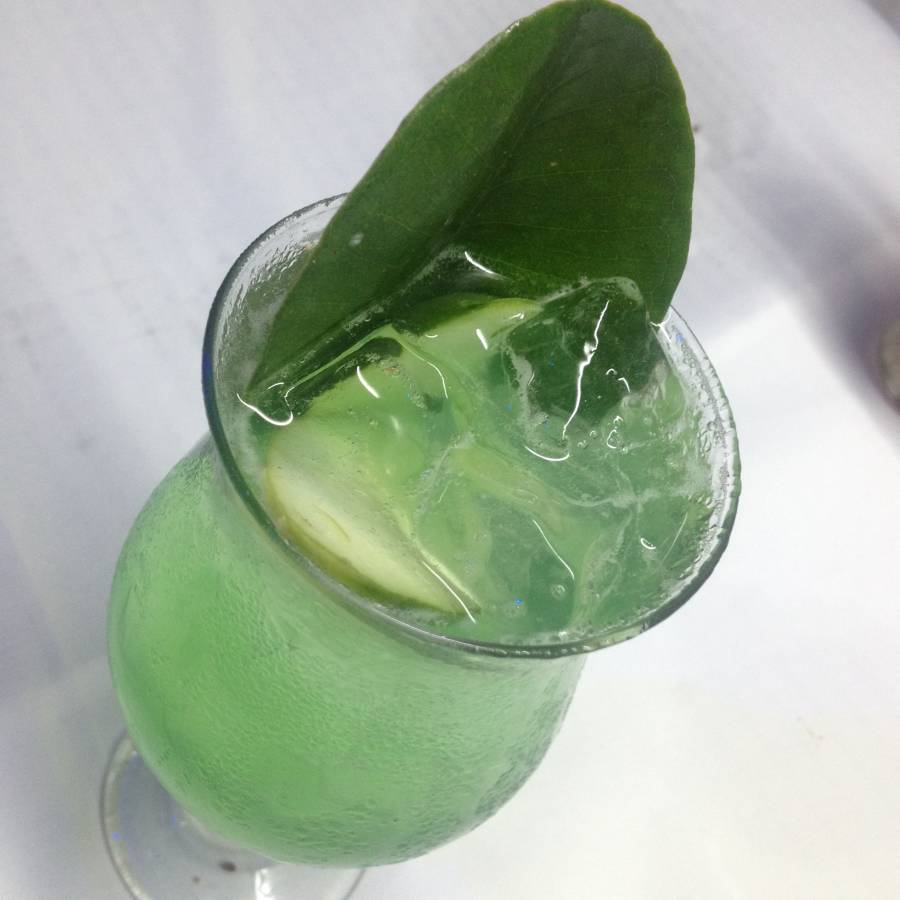 The week was off to an exciting and thrilling start as the island’s top bartenders prepared to battle it out for the coveted title and bragging rights of Grenada’s #1 Bartender at the Spice Cocktail Competition under the banner of the 2nd Pure Grenada Nutmeg Spice Festival.

Nine finalists from various hotels, bars and independents participated in the competition on 8 December 2014, which was held by Festival Sponsor, Prickly Bay Marina in conjunction with Westerhall Rums. The rules outlined for the competition were designed to test the contender’s skills in presentation, time management, sanitation, taste, the creative use of spices and their engagement with the audience.

Darren Turner – Managing Director of Prickly Bay, was enthusiastic about the great turnout for the event and the keen participation from the bartenders. “It’s truly heartening to see the turnout this evening. Hosting this venture has been a rewarding experience for Prickly Bay Marina in supporting the Pure Grenada Nutmeg Spice Festival and Grenada’s tourism and agricultural product.” he commented.

Each bartender was given twelve minutes to mix six cocktails — rum-based, vodka-based and non-alcoholic — for judging, in keeping with the rules of the competition. The many creative and tantalizing drinks whipped up by the contestants included, Nutmeg Jumbo, Nutmeg Cooler which included a combination of rum and beer; and Apple-nut Fizz, which resembled cider.

Damon DuBois – Marketing Manager for Westerhall Rums and joint coordinator of the competition commented, “This competition gave bartenders a medium to really showcase what they can do in their profession. It puts their creativity and skill to the test, whilst under ‘pressure’ to wow the judges and the audience. Grenadians have tremendous talent as seen by the multi-fusion of cocktails on display. Westerhall Rums is happy to actively support this art form in any way we can.”

The competition was very close leaving judges hard-pressed to make a final decision. However, at the end of the night, Karen Morris of Coyaba Beach Resort captured first place, with three award-winning cocktails: Pure Spice (non-alcoholic); Cool Breeze, vodka-based with refreshing cucumber; and Passion of Spice, which was described by judge Pam Conover as “dessert in a glass”.

The many cocktails featured at the competition, can be ordered at the various competing restaurants and bars by persons wishing to sample the exquisite flavours, produced by Grenada’s top bartenders. The success of the Pure Grenada Nutmeg & Spice Cocktail Competition ensures it will remain prominent feature in subsequent Festivals.

NOW Grenada is not responsible for the opinions, statements or media content presented by contributors. In case of abuse, click here to report.
Tags: bartendercocktailcompetitiondrinkfestivalnutmegprickly baypure grenadaspice
Next Post