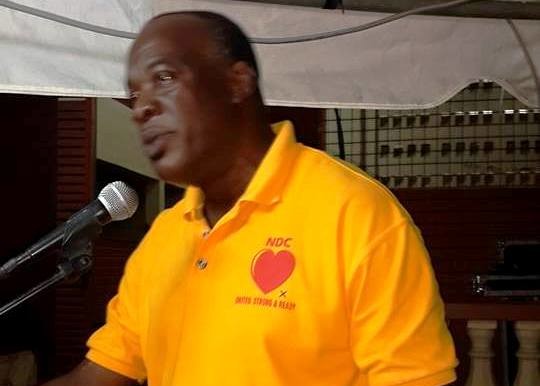 “Standing with the people to safeguard our economic livelihood and democracy” is the theme for the National Democratic Congress convention which will be held on 1 March at the Grenville Secondary School.

Assistant General Secretary Phillip Alexander who was recently appointed as caretaker for the St Andrew North West said that all posts, including that of the Political Leader on the executive, will be up for re-election and confirmed that he will not be seeking to be return because of his desire to contribute in other ways to the development of the party and the constituency which he is now appointed as a caretaker.

“I will not be contesting. I can tell you that my position will become available,” he said, while explaining that he will focus his attention engaging in activities that will develop the party, which will be putting structures in place for building and returning to govern the country.

Alexander, who was speaking on Grenada Broadcasting Network ‘To the Point” programme on Tuesday morning, said that he expects to see a few young people on the new executive that will emerge following the convention which will commence at 10 am.

The convention will be a closed door session where only delegates and observers will be invited to participate, share concerns, present suggestions and recommendations for the work of the party since its 2014 convention and moving forward as well as elect the new executive.

“The young people have really come forward in recent times, and based on the work we are doing, I expect them to come forward and contribute towards the development of the party,” he said.

Alexander said that following the convention, there will be a rally at the Victoria Park in Grenville at 5 pm. Hundreds of party faithful and supporters are expected to attend the evening gathering for cultural performances, and speeches from the new political leader and others who will either be re-appointed or newly elected.

NOW Grenada is not responsible for the opinions, statements or media content presented by contributors. In case of abuse, click here to report.
Tags: conventionelectionlinda strakerlivelihoodndcpolitics
Next Post