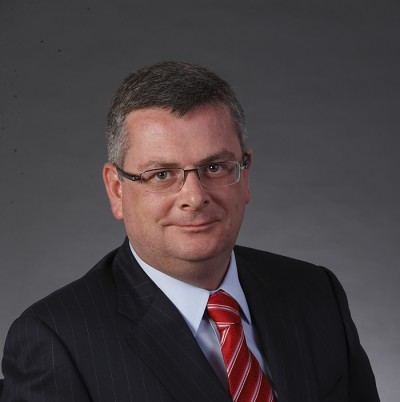 Digicel Calls on ECTEL for Clarification

Digicel Calls on ECTEL for Clarification

This story was posted 6 years ago
in Technology
3 min. read

Friday, 27 March 2015 – Kingston, Jamaica: Digicel today respectfully called upon the Eastern Caribbean Telecommunications Regulatory Authority (‘ECTEL’) to publicly clarify and confirm the present status of the regulatory approvals process being undertaken by them in conjunction with the National Telecommunications Regulatory Commissions (‘NTRCs’) in relation to the proposed merger between Cable and Wireless Communications (‘CWC’) and FLOW / Columbus Communications Inc. (‘Columbus’); particularly insofar as it relates to Grenada, St. Lucia and St. Vincent and the Grenadines.

Shortly after the proposed merger was announced in November 2014, ECTEL announced its ‘deep concern’ in relation to the proposed transaction and the fact that the proposed merger could ‘potentially result in a negative impact on competition’ by ‘reducing choice for consumers of both services and service providers’. ECTEL further noted that ‘increased monopolisation can erode the gains made by liberalisation’. ECTEL went on to state that the proposed merger raised significant issues in terms of potential breaches of licences by both CWC and Columbus which must be investigated thoroughly. It was understood from subsequent statements issued on behalf of ECTEL that it was engaged in a comprehensive regulatory approvals process and had retained external assistance to this end. A meeting of the ECTEL Council of Ministers was specifically convened in St. Lucia on 4 December 2014 to address the challenges posed by the proposed merger in the ECTEL Member States. A closing statement issued following that special meeting confirmed that due process must be followed in relation to the proposed merger; which involved an absolute adherence by Columbus and CWC to the approvals process required for change of control of licenses in the ECTEL region.

Digicel made this call on ECTEL following recent significant decisions issued by the Barbados Fair Trading Commission (‘the Barbados FTC’) and the Telecommunications Authority of Trinidad and Tobago (‘TATT’) regarding the merger. Both the Barbados FTC and TATT confirmed unequivocally that the proposed merger would involve anti-competitive effects in the fixed voice (landline) telephony and broadband markets whilst TATT also confirmed that the proposed merger would also have anti-competitive effects in the Pay TV and wider wholesale telecommunications markets in Trinidad and Tobago. In their respective decisions, both TATT and the Barbados FTC made their mergers approvals strictly conditional on significant asset divestments in Barbados and share divestments in Trinidad. The proposed merger between Columbus and CWC also involves the creation of a monopoly and strong potential anti-competitive effects in the markets for landline, broadband and Cable TV in Grenada, St. Lucia and St. Vincent and the Grenadines.

Digicel Group CEO, Colm Delves, commented; “We very much welcomed the initial intervention by ECTEL and its expression of support for a rigorous regulatory examination of the proposed merger. Digicel was taken aback by the dismissive stated position of CWC/Columbus that the Governments of the ECTEL Member States and the established Regulatory Authorities in those countries were essentially powerless and had no right to oversee the proposed merger. We are now respectfully calling upon ECTEL to clarify the process for regulatory approvals for the proposed merger in the OECS Member States.”

He continues; “Digicel has previously stated that ECTEL and the NTRCs in each Member State have an absolute right, morally as well as legally, to subject the proposed merger to a rigorous examination and approvals process in collaboration with their respective Governments and relevant Ministerial bodies before it is allowed to proceed. We are seeking clarification from ECTEL as to the present position in this regard. We believe that the consumers, as well as the industry as a whole, in St. Lucia, Grenada and St. Vincent and the Grenadines would certainly welcome such clarification and we look forward to receiving such prompt confirmation from ECTEL.”