National Health Insurance to be Established

National Health Insurance to be Established

Ghana and the British Virgin Islands are two of the territories that Grenada will be referring to for guidance regarding National Health Insurance, as the island puts the relevant structures in place to adopt a similar measure for citizens.

A few months ago, Cabinet appointed a committee to review the setting up a National Health Insurance plan, and according to Health Minister Nickolas Steele, that committee has submitted a progress report with some specific recommendations.

“The Committee recommended among other things that a multi task force be set up to look at the implementation of the National Insurance Scheme,” said Steele who confirmed that Government will be establishing a secretariat to push the work of the Committee, with the aim to make health insurance a reality for all Grenadians during the first quarter of 2016.

“It’s all part of our plan to improve the health sector as we move forward,” said Steele, who became the Health Minister in December 2015, having served formerly as Minister for Foreign Affairs. He also disclosed that Government will be engaging the services of an actuary, who will work out the format of how people will contribute to the new health requirement which will require changes to some legislation.

“We will also have dialogue with the National Insurance Scheme, as it is felt by the committee that the NIS should be the manager of the health insurance. Technically, it is already doing some work in that area, and naturally it can become the manager” he said.

Senator Chester Humphrey, who is the Chairman of the Committee, has always continuously advocated for Grenada to establish a National Health Insurance plan as a means of assisting poor and vulnerable persons, with financial support for improved and better medical services. 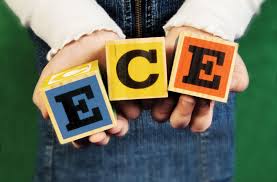