It is habitual, and part of our tradition, to emphasize the importance of the tourism industry by focusing on cruise industry; by rolling out statistics on numbers of ships scheduled to stop at our ports and by pointing to expected increases in cruise visitors to our Tri-island Nations.

Attendance at conferences, such as the Florida Caribbean Cruise Association gathering, and the World Tourism Meeting, are hyped up and much attention is given to expanding airlift from North America and Europe. All of this is good; we’re not complaining.

What we would like, however, is for local officials to tap into the existing potential for additional revenue from not-so-highly-regarded sources that we won’t normally consider within the ambit of “tourism’’. Certainly, what we are proposing may require investment of cash; we all can recite the cliché: “There is no free lunch’’.

But, more than money, what is required is creativity; it also would require the will to do, and the daring to take risks and be enterprising.

Let’s examine some specifics, taking the recently held Scotiabank Intercol athletic championships as one example. The games, after 50 years, have become Grenada’s largest sporting event. However, there is so much more we could achieve from Intercol with better planning and better marketing and promotion.

There is nothing stopping us, for instance, from injecting a regional invitational component into Intercol. Perhaps, utilizing an extra day for relay meets — the best regional relay teams, Grenada included, competing against one another. As well, a better organized and promoted Intercol could encourage visits by those Grenadians who prefer to return home in March or April, and not during the frenzied and hectic Christmas and Carnival seasons.

We are not pretending that any of this would be easy; but we have to work at it. For even in Jamaica, which is considered the home of the best secondary schools’ track meet in the Caribbean, still experiences many challenges.

One problem at this year’s Jamaica Boys’ and Girls’ Athletics Championships was for ticketholders who literally had to fight to get into the National Stadium in Kingston, or returned home in frustration at not being able to get into the arena.

The Jamaica games are 105 years old and are organized by ISSA — the Inter-Secondary Schools Sports Association. ISSA is the equivalent of the Grenada Association of Principals of Secondary Schools, the chief organizers of Intercol.

But, the Jamaica Observer has suggested that ISSA should now “consider hiring a tried and proven commercial events management team or entity to manage the annual track and field festival’’.

The Observer admits that, “such a move would have to be properly thought through with careful analysis of the pros and cons’’; but, it says that it suspects the move will result in money well spent.

It is very important, says the Observer, that the Jamaica Boys’ and Girls’ Athletics Championships continue to make money; adding that there is plenty of money to be made going forward, especially from television broadcast rights, as the games evolve into a product that is “powerfully attractive to a global market’’.

Caribupdate Weekly believes the same argument could be made for Grenada’s Intercol Games.

There are also other pockets for creating and building steady, annual streams of revenue. We have a Test, starting later this month, between England and the West Indies. We would not have a cricket Test every year. But we could endeavour to schedule a match of “masters of game’’ each year for April in Grenada. And, we should all provide our collect support to the venture, irrespective of who are the organizers — government or private sector.

Often, too, we have “reunions’’ in Grenada, in which many overseas nationals return home. These returning nationals bring valuable “tourist dollars’’, much-needed foreign exchange, into the country. We’d like to suggest that the good people at the Ministry of Tourism and the Grenada Tourism Authority should reach out to welcome them in a formal way and to encourage more reunion-type events across Grenada, Carriacou and Petite Martinique.

Several US — and Canada-based former members of Republic Bank Angel Harps are in Grenada for celebrations marking the 50th anniversary of the founding of the steel orchestra. And three months from now, former students of the nation’s secondary schools will be holding the first-ever alumni week of activities in Grenada.

We can look on these as simple get-togethers of Grenadian nationals; or, we may choose to ascribe a higher value to these gatherings, place a higher value on them, and situating them firmly within the tourism development product.

Caribupdate Weekly takes this opportunity to welcome all our April visitors — both nationals and non-nationals; the advanced party of cricket fans who are waiting anxiously for the start of the England/Windies Test at the National Stadium. And, as well, the pannists and steelband supporters and family members of Angel Harps that are here celebrating the orchestra’s Golden Anniversary.

We wish everyone a safe and enjoyable stay in Grenada!

NOW Grenada is not responsible for the opinions, statements or media content presented by contributors. In case of abuse, click here to report.
Tags: caribupdateintercolissasporttourismtouristtravelvisitor
Next Post 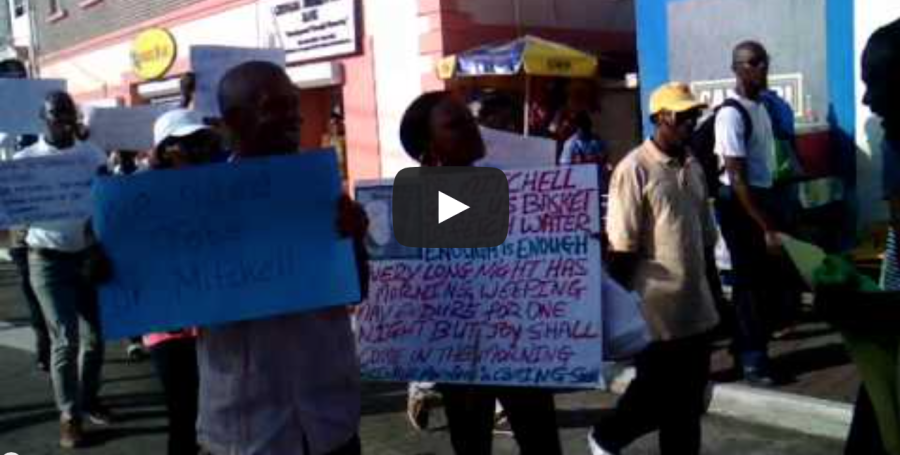