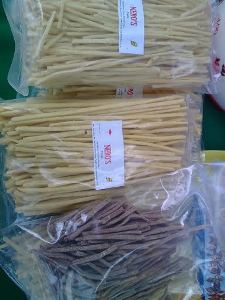 Using cassava as the main ingredient, Ann Nero has launched a new product and it is her hope that it will become a household name because of the associated healthy lifestyle qualities.

“Making this cassava pasta and macaroni is a long process. It’s a lot of work; it’s one of the hardest work I’ve ever done, but I am glad I took the time to make it, because the response I got today is so overwhelming I am encouraged to have more of it available on the market,” said Mrs Nero, who was among the agro-processors awarded at the annual Roots and Tuber festival held last Thursday at The Carenage.

“The people loved it. I cooked some here and served it, and the people enjoyed the taste from the samples provided; they were rushing me for more, so I feel real good about my cassava pasta,” said Nero.

Organised by the Ministry of Agriculture as a means of exposing producers and agroprocessing products of farmers and agroprocessors, the festival focuses on a special root crop each year. For 2015 the focus was on cassava and eddoes, and it showcased the process of growing on the farm to preparing on the plate for consumption. The idea is for people to consume more locally grown crops in various ways, and not the just in the traditional way of preparing.

Health officials said that as in other roots and tubers, cassava is free from gluten and is very low in fats and protein. “And it’s from these health qualities I want people to embrace my new cassava pasta and macaroni, plus there is no preservative added, so it’s really a very good health food,” said Nero, who boasted that she has a secret formula to making her cassava pasta.

Besides the regular cassava flour pasta, she has developed cassava-chocolate flavour; cassava-spinach flavour, and cassava-beet flavour. “I am taking locally produced cassava products to a higher level, and once it’s accepted on the local market, I believe that demand will grow and it will reach the regional market,” said Nero, who is awaiting a new machine that will give her the ability to mass produce the product.

“I will not only be making cassava pasta in the various flavours which can be used for making pies and salads, but I will also be making lasagna sheets in the future,” said Nero, who also grows most the raw material for her pasta. “But as I plan to expand, I will also be purchasing for other farmers because I will need a lot more than I am producing presently,” she said.

Nero’s already has other well-known products on the market, such as fruit preserves and cassava flour, which are approved in accordance with standards established by the Grenada Bureau of Standards.

The small agro-processing company, located at Mt Hartman, is a family-run business, with her husband Alston and her children.

NOW Grenada is not responsible for the opinions, statements or media content presented by contributors. In case of abuse, click here to report.
Tags: agricultureagroprocessingann nerocassavafestivalfoodlinda strakermacaronipastaproductroottuber
Next Post 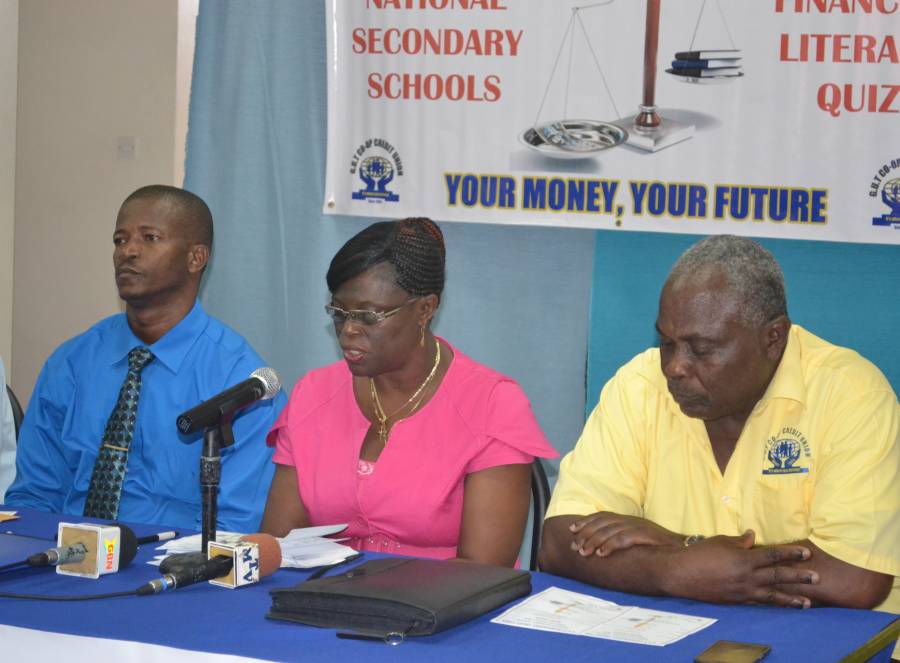