Acting Prime Minister Elvin Nimrod has given the assurance that despite heightened seismic activities at the submarine volcano which is located north of the island, it poses no significant threat to Grenada and other coastal regions of nearby islands.

“As a consequence, there is no need to move people away from coastlines,” said Nimrod. Calling on the nation to keep calm and listen only to information disseminated from national disaster management officials, Nimrod said, “there is no need for panic, and people should go about their daily lives as normal.”

Earlier this morning, the UWI Seismic Unit issued an advisory via its website informing the public that it has changed the alert level of the volcano from yellow to orange, and explained that on Thursday, 23 July, from 1:25 am to 3:00 am local time, a strong continuous signal was observed on instruments monitoring the Kick ’em Jenny submarine volcano.

“Signs of elevated seismicity (earthquakes) began on 11 July and continue to present,” said the advisory which explained that for the period since 11 July, a total of more than 200 micro and small earthquakes, of varying magnitudes, have been recorded — with the largest, prior to the strong signal, less than magnitude 3.0.

“There have also been observations from divers of degassing occurring off the west coast of Grenada in the Molinere Sculpture Park area. This activity is being closely monitored by the UWI-SRC and further updates would be issued as more information becomes available,” the advisory also said.

Addressing a news conference following an emergency meeting of the National Advisory Emergency Council, Nimrod said that the Seismic Centre of the UWI is constantly monitoring the situation, and should there be a change in the current status, immediate advisories will be issued.

Lloyd Lynch, researcher at the Trinidad-based Centre, briefed disaster management officials during the emergency. He told the news conference, “currently, the volcano is most dangerous for ships and boats, since the gases released by Kick ’em Jenny can lower the density of the water, causing them to sink even if it is not erupting. For this reason, there is an exclusion zone around the summit of the Kick ’em Jenny.”

“Last night we have what seems to have be a minor eruption,” he said, while explaining that since the earthquakes in Barbados and the aftershocks associated with it, there has been ramped up activity at Kick ’em Jenny. However, Grenada is taking the necessary to confirm via aerial surveillance, that eruption occurred. This will require flying over the summit and monitoring the water for murkiness and other evidence associated with an submarine volcano eruption.

He also reiterated that words of Nimrod regarding the potential threat to the islands. “We are of the view that the system in its present configuration poses no danger to coastal communities. While the system is not erupting, it is degassing, and that can pose a threat to ships and other marine interest,” he said.

NOW Grenada is not responsible for the opinions, statements or media content presented by contributors. In case of abuse, click here to report.
Tags: coastearthquakeelvin nimrodkick 'em jennylloyd lynchnadaseismictsunamiunderwateruwivolcano
Next Post 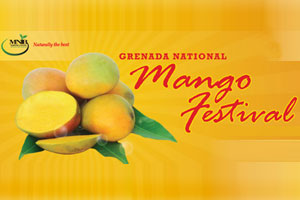