Car Importation to Grenada and other Vehicular Related Matters

Car Importation to Grenada and other Vehicular Related Matters

This story was posted 4 years ago
in OPINION/COMMENTARY
8 min. read 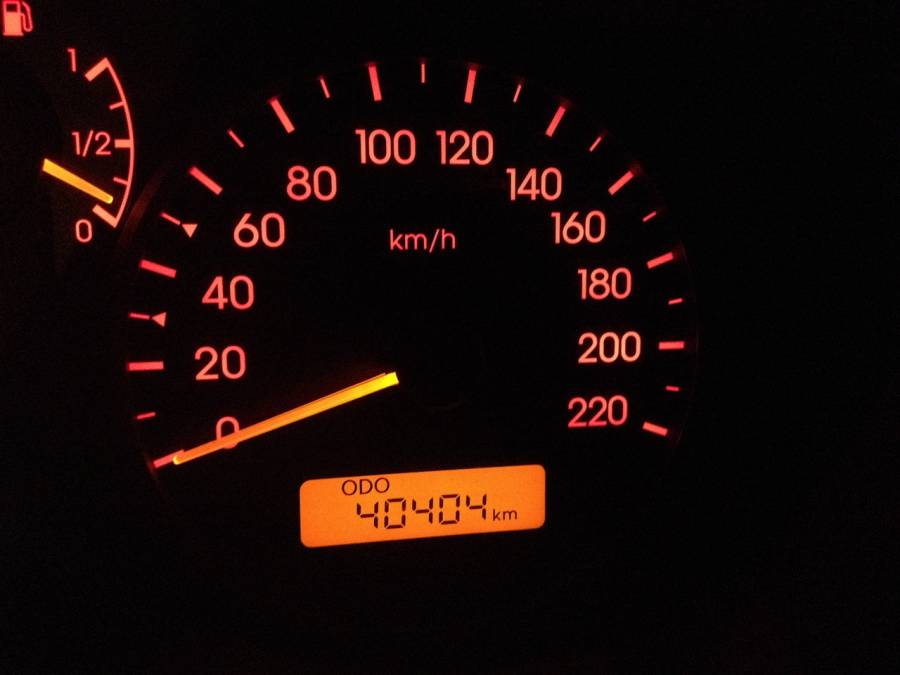 The impetus for this offering comes from the extensive coverage of two of Grenada’s premier new car dealerships in the February 2017 edition of “The Barnacle” Newspaper. The lead in was an interview with Messrs. Steele(s) and Bierzynski, who “expressed concern at what they describe as the ‘dumping’ of used vehicles in the Grenada Market.”

Further reading suggests that they were not referring to “dumping” in the accepted trade context of “pricing a product for export lower than that sold for in the domestic market” but rather that Japan and the like are cleverly exporting virtually derelict vehicles (and with unfavourable histories) to Grenada and similar destinations rather than “trashing” them locally. From this followed a suggestion that “the importation of used vehicles should be properly structured, and that some restriction on imports may be needed”. The motivation for such an action appears on the surface to be a noble desire to protect customers (for such vehicles) from themselves and to save them from a future of disappointment, servicing woes and untold expenses. Notably absent was any suggestion that such a policy would boost the sale of new vehicles, of which they are major purveyors.

Even after very many years as a winter resident, I remain shocked by the incredibly high cost of vehicles in Grenada and particularly so, by the new vehicles. These are consistently significantly more than 2x the cost of similar models in my home country — and my government is also not shy on levying high taxes and the like on them! With my history of pursuing endeavors that almost never bring any satisfaction, like tilting at windmills, forces me to ruminate on matters here. Hence, “Car Importation to Grenada et al” seemed an excellent opportunity for me to “waste my time” trying to bring about any changes to current practices, but my hope is that observations/opinions on the matter may at least be of some interest to others. I am also motivated by the fact that I also am a largely satisfied owner of a (“dumped”) unit that was originally purchased directly from Japan, two or three owners ago.

After some considerable “digging”, I have concluded that there is no national nor nefarious plot by the Japanese (or other) Government to save space in their land fill sites by shipping old cars to Grenada. It is simply a perfectly normal response to the extremely high costs of vehicles purchased locally. It is a rational means of obtaining transportation at a comparatively reasonable cost and the activity is purely customer driven. To be sure, if the experience is as unsatisfactory as suggested by Messrs. Steele and Bierzynski, customers would surely stop the practice of purchasing very “cheap” cars in countries as Japan and having them shipped to Grenada.

The simple reason why private importation is heavily centered on sometimes very old and/or very low priced vehicles is that this is simply the only way to obtain transportation at a manageable outlay for very many people even though the shipping cost is very significant and then compounded by the incredibly high Grenadian Government levies and duties.

For example, if one could only afford a total of EC$20,000 for a vehicle, you could only achieve this if you did direct importation and bought a car from Japan on the Internet for less than US$510. This is because by adding the approx. US$2,350 for freight and (nominal) insurance and then paying 159.21% in total taxes and fees to government the landed cost in Grenada would be EC$19,995 (@ 2.888 exchange rate). And, it better be a small car as each additional US$100 in freight adds EC$696 to the landed cost in Grenada. Kindly note that the fees to actually get the car on the road are not included. Fortunately, there is a large availability of vehicles in this price range available for export from Japan.

The addition of the 159.21% government levy to the CIF cost applies to vehicles 5 years and over. For used vehicles 4 years and less, the addition is 129.43% and for new vehicles — 58.70%. Unfortunately, to “enjoy” the government levy of “only” 58.70% on new cars, one has to pay a dealer an additional markup of between 50 and 60% or so by my calculation. Combined with the government levies, a 50% dealer mark-up would translate to a total markup of 121.2% to the CIF price of the vehicle to the dealer. PS – Dealers likely will claim that these very high markups (relative to North America and the like) is because they have to cover overheads with lower volumes. However, one would think that the even higher prices charged on spare parts to keep the old cars on the road would compensate somewhat.

Thinking again about the dealers’ claim that Japan is knowingly “dumping” old cars into Grenada, the poor Japanese are likely totally befuddled as to why Grenadians seem to insist that they must buy very old vehicles!

Turning to vehicular/traffic matters on Grenada’s roads, I am mindful of my boyhood when it was common to have jackasses pulling carts on the road. Seems that we have been able to get the carts off the road but the jackasses are all still very much there — with apologies to the honourable donkeys of the world, many of my acquaintance! The jackasses mostly seem to be driving and conducting buses today.

First off, the “Maurice Bishop Highway” (“MBH”) is decidedly not a “highway” as the name suggests. As constructed, it does not fit any possible description of a “highway”. Highways never permit direct on/off traffic access, nor permit pedestrian crossing, they always feature clearly marked lanes and have clear speed limit signage. The MBH violates every one of these!

Between the traffic circles at the Sugar Mill and True Blue, a distance of 1,100 meters, the MBH has a total of 42 entrances/exits directly off of the roadway — 23 outbound to the True Blue Circle and 19 such inbound from True Blue Circle. Many of these exits are extremely busy, such as ACE, the Bank, the Service Station, Frequente, Huggins & McIntyre garages, to mention a few. The outbound or south side has no pedestrian pavement and people frequently walk on the road surface, even when vehicles are approaching. The north side does have a paved walkway but at all times there are cars parked across it and left protruding into the roadway. Buses stop and load/unload passengers at their will and on short/no warning. Crossing guards have to be used at peak periods to get school children and other pedestrians across the road safely. At other times pedestrians run the gauntlet on their own.

The MBH is simply a divided roadway with an uncertain lane designation — one lane or two (in each direction)? It is arguably the most dangerous roadway in Grenada, attested to by the list of deaths chalked up over the last few years and the skeletal remains of destroyed light standards all the way along the median. I have had three very close misses of very serious accidents in the last 18 months or so. Even though there is no lane marking in either direction a lot of/most motorists regard it as a two lane roadway and will intimidate anyone who dares to not let them pass — even when it is clearly not safe to do so.

The designation “Highway” encourages such behavior as, among other things, it signals that high speed is to be expected. Incidentally, in my recent three very near misses on the noted stretch of the MBH, a specification as to whether the roadway is legally a one lane or two would have been necessary to determine whether I was in the right or wrong, had it reached this stage. I have been trying to establish this (one lane/two lanes?) for months (years?) now and ask the question of every officer I encounter. A visit to the Traffic Department in the last few days did not help. I left the two officers in attendance discussing among themselves as to which it is.

The lack of traffic enforcement is so blatant that every single time I venture out I witness tons of traffic violations, often times with officers in evidence who obviously regard this as nothing to do with them. The roads are overwhelmed with buses who stop anywhere except, of course, properly at designated bus stops. The few times they happen to stop at Bus Stops they deliberately park in a way that hinders traffic behind them because they want to prevent the inevitable buses following right behind from getting to future passengers before they do.

Vehicles are parked all over the island on the already narrow roadways further restricting traffic. This is painfully obvious in heavy traffic areas such as between Mt Hartman up to the entrance to Clarkes Court Bay; around the Sugar Mill; Belmont; etc. Learners every day at rush hours further impede the already heavy traffic in the south of the island. It is often patently obvious that many of them are put directly on to the roads the very first time they sit behind the steering wheel.

There are no speed limit signs in evidence anywhere, so much so that this appears to be deliberate. Perhaps it may just get in the way of the “jungle rules” that appears to be the established norm on the roads.

Could the lack of enforcement stem from the fact that police officers have to be sourced from what is a small community of interwoven relationships so that invariably there is some personal relationship to the offender that makes them reluctant to pursue the matter? Or is it predominantly a leadership issue? Could it possibly be that the leadership sees the current situation as perfectly satisfactory so there is no impetus “coming down the line” to change the behavior of the Force. Whatever it is it clearly contributes to a lower quality of life for residents and detracts from the attractiveness of Grenada in the eyes of visitors and potential future residents. Why would anyone want to invest in a place that cannot seem to be able to manage something as straightforward as traffic regulations?

One good thing about the exorbitant taxes and fees on vehicle importation is that there would be even more vehicles on the road if they were lower. Could anyone imagine that? At least we have to be thankful to Government for that. They thankfully always take it as their first duty to protect us from ourselves.