A group of researchers from the University of the West Indies (UWI) visited Grenada to hold consultations with fisherfolk, Fisheries Division and other stakeholders associated with disaster preparedness.

The Fisheries Early Warning and Emergency Response (FEWER), is the latest technologically-based response system that the UWI is currently working on to reduce the risks to fisherfolk associated with climate change and variability. Hazards include rough seas, sea surge, high winds, flooding from storms, and hurricanes, etc.

Grenada, St Vincent & the Grenadines, Dominica and St Lucia are the Eastern Caribbean countries selected to be the recipients of a new Fisheries Response System.

The team from the UWI, spearheaded by Dr Patrick Mc Conney, visited a number of sites including Gouyave and Grenville fish markets to speak to those who would be most affected by FEWER.

On 19 April, 2017, a 3-hour consultation with stakeholders was held at the Fisheries Division on Melville Street. The discussion included persons from the Meteorological Office, NaDMA, Red Cross, Community groups, Fisheries Division and Coast Guard of the Royal Grenada Police Force.

This project which began in February 2017, will end in June 2018. According to Dr Mc Conney, this is the first of its kind in terms of communications to benefit fisherfolk and their families. The main focus is to create fewer delays through clearer communication, as well as to ensure persons take heed of early warnings.

One of the main goals is to change the practice and behaviours of persons and increase their use of technology. With the information gathered from the consultations, the UWI team will now return to the drawing board with the suggestions, ideas and concerns raised by the stakeholders, to create an effective and sustainable plan forward.

FEWER is implemented under the Caribbean Regional Track of the Pilot Programme for Climate Resilience (PPCR) with grant funding from the Inter-American Development Bank (IDB). It is executed by UWI through its Mona Office for Research and Innovation (MORI) in partnership with the Caribbean Regional Fisheries Mechanism (CRFM).

The Fisheries Division in Grenada will be responsible for the implementation of the programme. 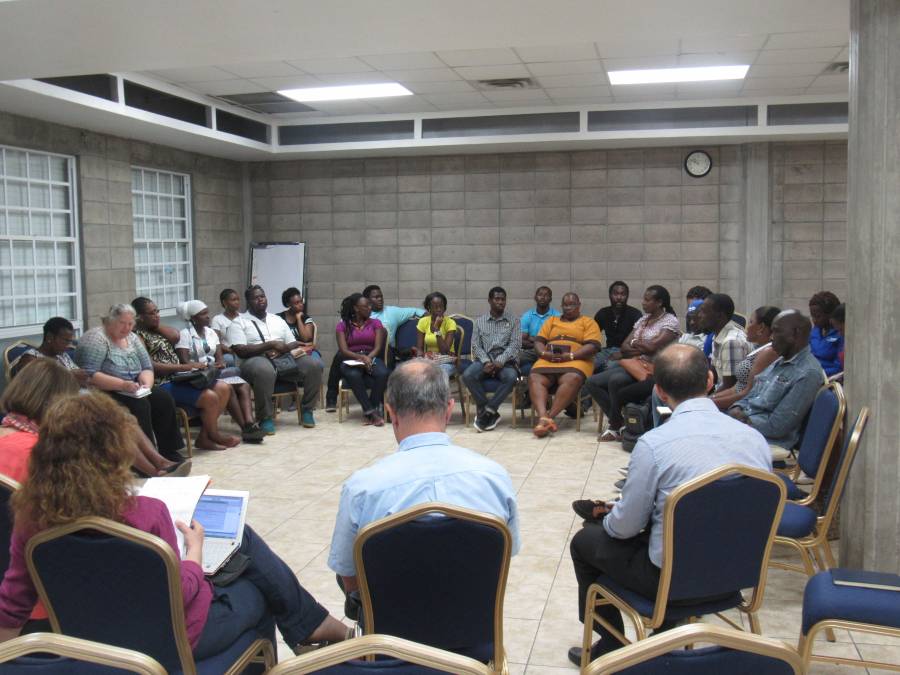