This story was posted 5 years ago
in Arts/Culture/Entertainment, OPINION/COMMENTARY
5 min. read

Well, it’s a wrap, folks. The Pure Grenada Music Festival 2017 has come and gone. I had a grand ole time at the festival and judging from the Facebook posts and tweets, people had a great time overall, but there was some disappointment among the masses.

At last year’s festival as well as this year’s, I was blown away by the friendliness of the greeters and ushers; you were welcomed every step of the way and that feeling of welcome makes quite a difference. As always, the Port Louis greens is a great location, and the festival committee did a fantastic job with the layout of the village. I fully applaud their efforts at being environmentally conscious and striving to keep a clean scene. Those tyre seats were a really cool idea. I must give a big shout out to NorthSouth Wines for creating a VIP experience in the non-VIP area.

The international lineup for this year’s event was not as extensive and exciting as last year’s, but it was okay. My thought is that they broke the mould from last year and there is something to be said about breaking moulds. For me, an opening night must be full of hype and fanfare; last year’s opening night energised, it set the stage for things to come. The first few acts of the night did not move me at all; I don’t think there was a great crowd and artiste connection. I like Queen Ifrica’s consciousness, her experience as a performer was evident, but her performance on Friday night did not draw me in, something was missing. Third World, Third World, Lord have mercy, they rocked the house. Those guys delivered, they did not disappoint. Their performance was nothing short of amazing. There was variety throughout their performance, they flowed smoothly, and they connected with the audience. They’ve really earned the right to be called Reggae Ambassadors – Third World rocked my musical world.

Saturday night – well, I don’t know. I was positioned by the Coca-Cola stage for the most part, and I must say that I was impressed with the local artistes who performed on that stage on Saturday night – coming back to that in a little bit. The artiste Malika Tirolien – Oh she has such a sweet melodious voice, she delivered a brilliant performance. Unfortunately, I don’t think it was the correct setting for her. Mr Cody Chestnutt – my mother taught me that if I have nothing good to say, then say nothing, but I’m breaking that rule. That brother was just too painful to listen to, his performance as an international artiste was disappointing to me. I’ve always wanted to see Tarrus Riley in concert (maybe I was the only one there who’d never seen him, considering the number of times he’s been to Grenada). I was excited like a kid in a candy store – yes, I was going to see “Mr She’s Royal” and I was disappointed, yes, I was. Now, I know the man could sing and perform (YouTube verified that for me) but he was just not flowing on Saturday, maybe he was talking too much and not finishing the songs, I don’t know. Yet another artiste who did not do it for me. I might go and see him the next time he’s here, just for verification purposes.

Back to my local soon-to-be-famous artistes, brother Akeem and Lion Paw. Akeem was very good lyrically and his performance decent, but by gosh that brethren Lion Paw, he was amazing! Lion Paw read his audience and had them totally entertained from start to finish – he did not give them a chance to be bored. His performance and stage presence were on point. That brother is going places. Maybe Lion Paw should have performed on the main stage and Cody on the alternate stage, just a thought. Big up to Tammy, you are always a pleasure to listen to.

The folks in VIP missed the performances on the Coca-Cola stage. I’ve been told that the best position for an alternate stage is 180 degrees from the main stage, so there is equal opportunity for all patrons to see all the performances. VIP, you missed some great performances. While overall the festival was okay, some performers did it for some people while others were left wondering what happened. For me, the two best performances of the festival were – Third World and Lion Paw.

I truly applaud the steering committee and their team for working to ensure that we have a music festival and I am very sure that as time goes by, they will find the formula, and I beg them when they do, please do not dilute it. It’s no easy feat putting on a show like this, especially if funding is tight, and while they may not have gotten some things right, they did get lots right. I do have a few ideas, that might help for future festivals; if you are going to have themed nights, then please stick to those themes. For the love and soul night, get soul artistes that your audience can relate to – there are lots out there, you don’t have to go for the big guns, but you do have some around that are very good, Angie Stone, Jill Scott, Peabo Bryson, James Ingram. The list is endless. If the festival could get Heather Headley, the Trinis would pack the venue. As it relates to VIP, I don’t know that it makes sound financial sense if it’s not heavily sponsored. My very good friend said that he was disappointed with his VIP experience, maybe that’s an area the committee might want to have a closer look at. The festival is still in its embryonic stage and my hope is that it gets better each year. 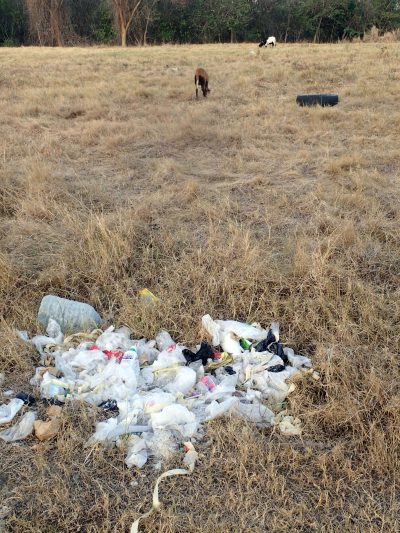 Dengue, Zika, Yellow Fever Are Waiting in The Wings