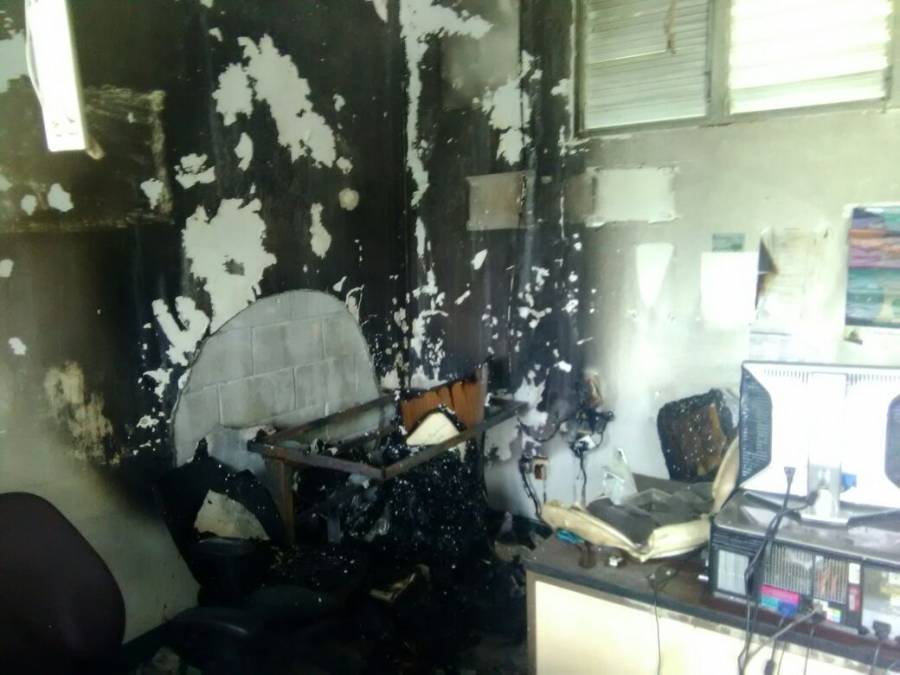 At just around midday on Sunday, 18 June 2017 residents close to the stadium in Lauriston, Carriacou alerted police of a fire in the Youth Department.

Officers of the Fire Department at Lauriston Airport rushed to the scene and were able to contain the fire and save most of the office equipment and documents. No other rooms were damaged during the fire. Thankfully, no one was injured.

Acting Permanent Secretary at the Ministry of Youth in Carriacou, Javan Williams, thanked the residents who assisted. He said the cause of the fire has not yet been determined, but it may have been caused by an electrical glitch.

NOW Grenada is not responsible for the opinions, statements or media content presented by contributors. In case of abuse, click here to report.
Tags: carriacoudonella hostenfireJavan Williamslauristonstadiumyouth department
Next Post