Almost all Government ministries stand to benefit from legislators approving the Supplementary Appropriation (No 1) Bill 2017 which provides for the Houses of Parliament to approve $86,767,801.37 for capital programmes for the period 1 July to 31 December 2017.

Members of the Lower House on Wednesday approved the Bill which was presented by Finance Minister Dr Keith Mitchell. He explained that the money is to be used for things which were not part of the original budget which were presented in December 2016.

“This money is to be used for expenditure items not planned for in the budget; it’s for the approval for things that were not part of the budget period.” He explained that under the new structure of complying with the new Fiscal Responsibility law, government can only seek supplementary budgetary approval after the budget is presented.

“These projects for which the money will be used are capital projects and not recurring expenditure,” he said, pointing out that some of the money will used in the needy assistance programme, further funding for the MAREP programme, the building of the new headquarters for the National Disaster Management Agency (NaDMA) and a sub headquarters in Carriacou, and the payment of arrears to the RSS, the OECS and Caricom.

NOW Grenada is not responsible for the opinions, statements or media content presented by contributors. In case of abuse, click here to report.
Tags: budgetfiscal responsibility linda strakerministry of worksparliamentsupplementary appropriation
Next Post 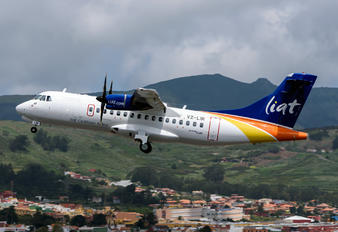