Grenada’s Pension Reform Is under the IMF

Grenada’s Pension Reform Is under the IMF

As affected public officers start unfortunately very late to appreciate and to experience the devastating and degrading impact of the 1983 Pensions (Disqualification) Act and now seem to be showing signs of frustration and confusion on the plight, Prime Minister Dr Keith Claudius Mitchell has been responding with a resemblance of repentant and reconciliatory tones.

In seeking to make his case, to console those officers, to boost his election’s campaign and to enrich his political legacy, Mitchell blames the past governing administrations for not having dealt with the ‘uneven hand’ brought by the Act to the many workers in the public service. But; when did Mitchell realise the ‘uneven hand,’ and is there really any goodwill on his part now?

Mitchell as a parliamentarian has being associated with this ‘uneven hand’ to public officers and the public service, and by extension to Grenada, from December 1984. Particularly; for 17 years and counting of his prime ministership, Mitchell allowed and acted as if to glorify and intensify the ‘uneven hand’. What could have Mitchell done then; or what he had to do, but did not do or could not do? Does Mitchell intend for the people to continue to be clouded and be caught by his rhetoric so that the issue of the reinstatement of state pensions be pushed into the future and thereby having it gather heavier ‘mud and mess’ along the path?

In fact, a thoughtful person would wonder on the genuineness of Mitchell, when his political colleague and government consultant, Sir Lawrence Joseph tends to validate the Disqualification Act for application. Review for objectivity on the issue the previously internet-circulated articles ‘No Prime Minister Mitchell, Not Again!’ ‘New Targets for Pensions to Public Officers in Grenada’ and ‘Convoluted Article on the Pensions (Disqualification) Act.’

Mitchell has been subtly integrating the International Monetary Fund (IMF) as the key determinant in reaching a resolution to the ‘uneven hand’ posed by the Disqualification Act. The irony though is that the working class has been suffering an extra ‘uneven hand’; been plunged into the widespread rank of the poor and vulnerable, by Mitchell’s so-called Home-Grown IMF-supported, 3-year Structural Adjustment Programme (from January 2014 to December 2016). The programme (SAP) has been rendered as a ‘Time of Shared Sacrifice’ for the people and asked to be realised with the cooperation of a Committee of Social Partners comprising of government, labour unions, the private sector, churches and civil society.

SAP has been viewed as inevitably imperative to rectify a crippling national economy as a result of reckless and unproductive fiscal policies which are generally accredited to the Mitchell’s New National Party (NNP) government from June 1995, after Grenada had gained creditworthiness, set for an investment boom and has been apt to meet financial commitments to its public officers. Particularly throughout SAP, public officers bear the load of the sacrifice with high taxation, uncontrollable inflation, curtailment in government’s social spending, attrition in government’s employment and restrictions for salary negotiations with government.

In the April 2017 press release of the Government Information Service (GIS), ‘IMF to assist with Pension Reform in Grenada,’ Mitchell declares that the IMF knows that his government has a difficulty with Pension Reform and that they promise to provide all the technical support. This brief and vague statement was revealed as momentum swelled by the trade unions representing government workers, for the 1 May Labour Day celebrations. Based on past accounts and experiences, however, Grenadians should be disturbed and wary about the utterances and intents of the government on Pension Reform, and especially for the government to rely on the IMF concerning this critical individual welfare issue. Also, review the article ‘Undefined Pension Reform Touted in Grenada’ which raises the realities of ‘the devil is in the details.’

Is the IMF willing to provide pro bono for all of the promised technical support, as a reward to the government for the so-claimed economic gains and confidence achieved from its recent Structural Adjustment Programme? Will the IMF be dishing-out a new set of austerity measures to facilitate the reinstatement of pensions to public officers? Will the IMF function to analyse and apply the vast professional technical finding and advice from institutions such as the Caribbean Regional Technical Assistance Centre (CARTAC) and the Pension Review Committee(s)? Will the IMF be the chairman or the moderator for the consultation of the government with the various stakeholders, including the National Insurance Scheme (NIS) and trade unions, to point the way forward to recompense public officers and their beneficiaries?

Mitchell has saddled Grenadians, without their awareness, to enduring extreme fiscal structural reforms as contained in the Letter(s) of Intent, Memorandum of Economic and Financial Policies (MEFP), and Technical Memorandum of Understanding of the Government with the IMF on the SAP.

Mitchell signed that the government remains committed to its reform agenda during the post programme period (beyond the SAP’s 2016-ending), anchored by the Fiscal Responsibility Act (FRA) and medium-term debt target; and further highlighted that the policies outlined in the June 2014 MEFP and the December 2014, June 2015, November 2015, May 2016 and December 2016 Supplements reflect the government’s ongoing policy objectives. Relief for public officers is thus not near. Moreover, how could the main opposition party, the National Democratic Congress, execute its ‘alternative initiatives’, if it formed the government?

The 2014 Letter of Intent reads in part, “The government intends to reform the current public pension system with a view to consolidating the 2 different schemes, ensuring more equitable outcomes among different types of beneficiaries, and providing a competitive return to allow the public sector to retain qualified staff. The government has already formed a working group on pension reform and will also seek technical assistance from CARTAC to assess the fiscal implications of the various pension reform proposals. The government aims at submitting reform legislation to parliament by March 2016.”

Has this ‘reform legislation’ already been enacted? Is a report from CARTAC required to be made public? Which are the 2 different schemes to be consolidated? Are they the state pensions and the NIS pensions?

Also strikingly instructive is that a supplementary Letter of Intent in 2017 quotes, “…We (the government) remain supportive of regional efforts to formally establish single regulatory frameworks also comprising uniform bills and regulations for credit unions, insurers and pension plans.” That is; it appears that the proposals for Pension Reform already have the endorsement of Grenada’s self-designed Social Partners and that of the regional bodies of the Organisation of Eastern Caribbean States (OECS) and Caricom. But once again, it should be clear that the resolution of the pensions issue for public officers remains ‘elusive, open and indefinite.’

In her internet-circulated ‘Keeping an Eye on the People’s Business’ commentary, social activist Sandra Ferguson writes on Grenada’s NIS and the Public Debt and makes reference to a footnote in the IMF Country Report No. 17/131, May 2017. The footnote which was made in the context of potential risks to Grenada’s economic outlook, states that the NIS is due for reform and that recent actuarial reviews show that current revenues are not sufficient to pay for benefits going forward and assets will be depleted by 2035. Ferguson also pointed that amongst the downside risks identified in the report were the ‘unforeseen costs related to the reform of the public sector pension system and the introduction of a national health insurance scheme,’ and questioned how exactly does the NIS fit into this scheme of things. But she then relates clearly that we (the people) have concluded that legislation will be passed to provide for deductions from the (meagre) salaries of those fortunate enough to be employed.

The IMF’s 6th and final SAP Report advises on Grenada’s Pensions Reform thus: “…reform of the public sector pension system should be undertaken in a manner consistent with any planned reforms of the national insurance scheme. On the domestic front, risks are posed by fiscal contingencies on the horizon related to various contractual issues and uncertainty about the costs of reform of the pension system and national health insurance scheme.”

Indeed, a very grim picture is painted for the financial settlement of pensions-benefits to public officers and for the financial sustainability of the National Health Insurance. The pertinent strategy and trajectory undertaken by Keith Mitchell, together with the IMF, has judged that pension reform would be a ‘compound liability and severe uneven hand’ for all Grenadians. Enhanced security and prosperity for the young populace and the nation is in serious jeopardy! 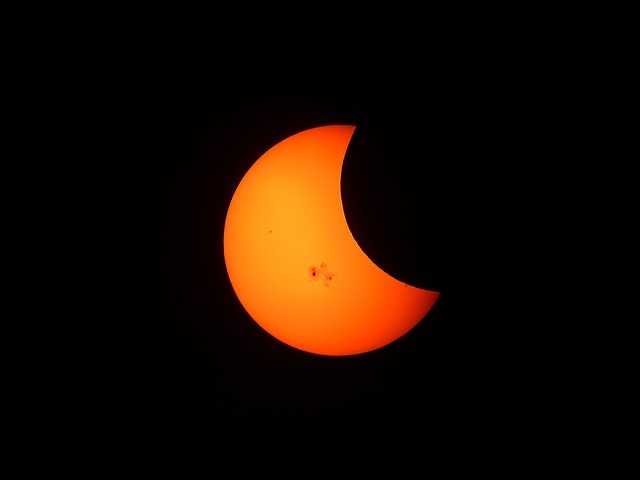