This story was posted 4 years ago
in Business, Technology
2 min. read 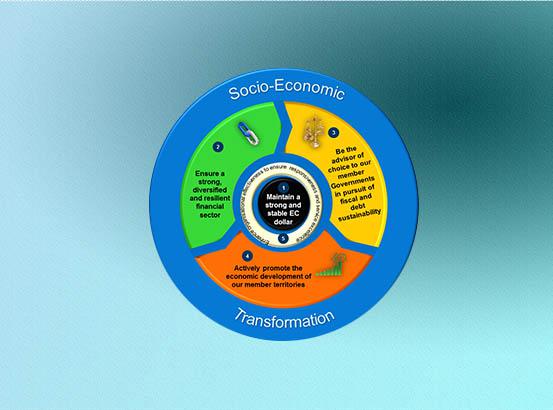 The Eastern Caribbean Central Bank (ECCB) has unveiled a 5-year strategic plan, and among the goals is for it to become the advisor of choice for economic, fiscal and other important matters as it pertains to the development of the sub-region which belongs to the Eastern Caribbean Currency Union (ECCU).

Covering the period 2017 to 2021, the plan has 5 main goals which, if achieved, will result in significant changes in the way businesses are conducted, economic plans are developed and changes to the way of life for every citizen.

As the advisor of choice, Timothy Antoine, Governor of the ECCB, said that among the suggestions are for governments in the region to establish a resilience fund; have parliamentarians in each island approve fiscal responsibility legislation; establish a public debt website based on a shared uptodate database and establish a credit bureau.

The other goals in the strategic plan which was launched through a regional news conference are:

Speaking from his ECCB headquarters in St Kitts, Governor Antoine said that technology will be playing an important role in the future development of the region whose economy is worth EC$18 billion.

“Technology will have to help diversify our economy, technology has to be that very thing that will make the difference to our future economy,” he said. Seeking the support of the region’s policy and decision makers both in the public and private sector Antoine said, “Our region needs socio economic transformation now more than ever, let us go forth with ‘Nowness,’ ‘Boldness’ and ‘Togetherness,’ he said while calling on each ECCU member territory to lean on each other for collective growth.

As result of the new plan, the bank adopted, ‘Advancing the Good of the People of the Currency Union by Maintaining Monetary and Financial Stability and Promotion Growth and Development’ as its new mission statement.