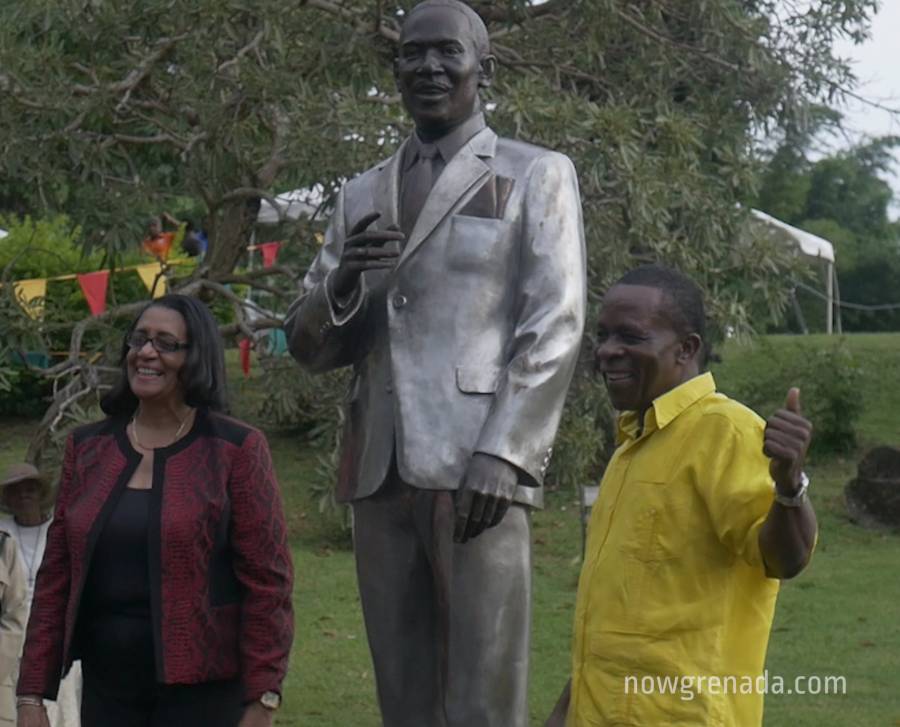 This story was posted 5 years ago
in Arts/Culture/Entertainment, General News
2 min. read

Friday, 29 September 2017 marked the unveiling of a full-figure statue at the Botanical Gardens, of Sir Eric Matthew Gairy, Grenada’s Father of Independence.

Hon Clarice Modeste–Curwen, Minister for Tourism, Civil Aviation and Culture addressed the audience and praised the initiative, which was the brainchild of former Senator Brenda Hood.

She used the opportunity to reminisce on her childhood days when she first heard about ‘Uncle Gairy,’ and all that he did for Grenadians, stating that he was one who lobbied for a better quality of life for his people. “It is with great appreciation for his sterling contribution to our beloved nation, that we are gathered here, all of us, to pay honour to this great son of the soil, Sir Eric Matthew Gairy.”

Alexis Gairy, son of Sir Eric, was present at the ceremony.  He spoke briefly of his father’s great love for Grenada and Grenadians. “If you look at my father through the lens of his soul, there’s a different feeling – a different engagement with Eric Gairy…” He said he admired his father’s passion for Grenada.

Prime Minister of Grenada, Dr the Rt Hon. Keith Mitchell, who has been referred to as Sir Eric’s political son, graced the audience with his presence on Friday evening for the official unveiling.  According to him, he considers this to be ‘very historic,’ and long overdue. “I think this is a fitting tribute that we are doing here today for a man who has sacrificed a lot.”

Nadia Benjamin gave a short overview of her interactions with the Father of Independence, and described him as being a very religious man. “To speak about Sir Eric Gairy is to tell you that he is one of the men that I can never and will never forget in life.”

She went on to list a few of Gairy’s achievements throughout his political journey, which included the building of secondary and primary schools, housing schemes, round-a-bouts, water parade on the Carenage, opening of the Cadrona Home for the Aged and Expo ’69. “Sir Eric Gairy cannot be forgotten,” she concluded.

Shortly before the unveiling of the statue by Governor General HE Dame Cecile La Grenade, the artist Maria McClafferty, gave a synopsis of her experience of creating the life-like statue. McClafferty has been an artiste for many years of her life, and, according to her, creating this statue was one of her greatest challenges. According to her, the goal was to create an interactive statue, because Sir Eric was ‘such a people’s person’ during his lifetime.

NOW Grenada is not responsible for the opinions, statements or media content presented by contributors. In case of abuse, click here to report.
Tags: Botanical Gardensdonella hosteneric gairyindependencemaria mcclafferty
Next Post 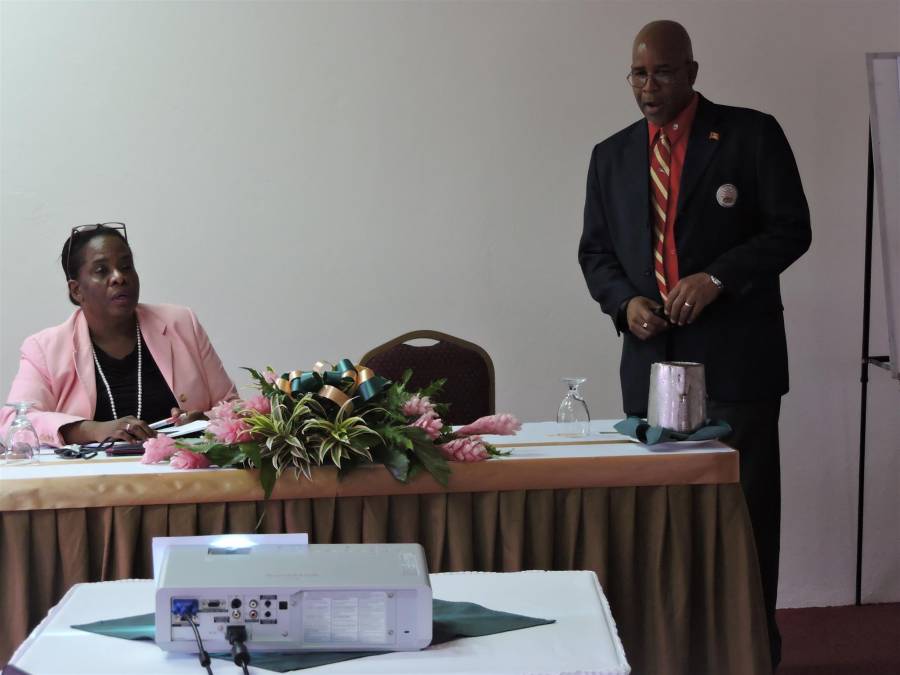