This story was posted 5 years ago
in PRESS RELEASE
5 min. read

The 89th Meeting of the Monetary Council of the Eastern Caribbean Central Bank (ECCB) was held, via videoconference, on 20 October 2017, under the chairmanship of the Honourable Roosevelt Skerrit.

The council reiterated its support for and solidarity with member countries impacted by Hurricanes Irma and Maria. Council members reiterated their commitment to work together and support each other during this period of reconstruction and building resilience. Following Hurricanes Irma and Maria, 2 category 5 hurricanes which delivered direct hits to Anguilla, Barbuda and Dominica and also impacted St Kitts and Nevis, council took the unprecedented step to approve a total of $3.25 million in grants from the ECCB’s Fiscal Reserve Tranche II for hurricane-impacted member countries. Beneficiary member countries all expressed gratitude for this unprecedented gesture.

The initial estimate of damage in the ECCU is EC$4.2 billion (US$1.6 billion or 23% of GDP). ECCB staff are currently deployed with development partners, to undertake detailed Damage, Loss and Needs Assessments within affected member countries. These assessments will inform reconstruction priorities and resource mobilisation.

The council commended the governor and his team on the recently published ECCB Strategic Plan noting its appropriate focus on socio-economic transformation. The council pledged its full support for the reforms and initiatives contained in the plan which will guide the annual budgets and work programmes of the bank. The 5 strategic goals of the plan are: (i) maintain a strong and stable dollar; (ii) ensure a strong, diversified and resilient financial system; (iii) be the advisor of choice to member countries in pursuit of fiscal and debt sustainability; (iv) actively promote economic development of member countries; and (v) enhance organisational effectiveness.

council received the Governor’s Report on Monetary and Credit Conditions in the Eastern Caribbean Currency Union (ECCU) as at 30 June 2017. The report assessed recent trends in monetary and credit conditions, within the context of the bank’s broader objectives of ensuring the stability of the exchange rate and the financial system.

The report indicated that monetary conditions eased during the first half of 2017, as growth in the money supply accelerated. Overall, credit conditions were assessed to have tightened, albeit at a slower rate and with some easing in certain market segments.

Furthermore, the exchange rate anchor remained stable and strong through the review period, supported by a sufficiency of foreign reserves.

Council was further apprised that economic activity was estimated to have increased at the ECCU level, compared with the first half of 2016. Growth was mainly driven by construction, both public and private, and tourism.

Having considered the state of monetary and credit conditions within the ECCU, council agreed to maintain the minimum savings deposit rate at 2.0% and the Central Bank’s discount rate at 6.5% The Minimum Savings Rate is the lowest rate that commercial banks can offer on savings deposits. The Central Bank’s Discount Rate is the rate at which the ECCB lends to commercial banks.

The council noted that the banking system is stable and that capital adequacy for most banks have improved. Having regard to the recent devastation caused by Hurricanes Irma and Maria, it is likely that the Non-Performing Loans (NPLs) which had been on a downward trend will increase in the hurricane-affected countries. The bank is closely monitoring this situation.

Council members reiterated their intention to continue their advocacy for access to grants and concessional financing for all member countries, especially those recently impacted by the hurricanes. Such access should not be based on per capita income, but on vulnerability.

To enhance ECCB member countries’ resilience to handle external shocks such as natural disasters, council agreed to advance the discussions on the establishment of a Regional Resilience Fund.

Council was apprised that there is likely to be a deterioration in the fiscal performance of Anguilla, Antigua and Barbuda and the Commonwealth of Dominica, in the short to medium term, as a direct consequence of the impact of Hurricane Irma on Anguilla and Antigua and Barbuda and Hurricane Maria on the Commonwealth of Dominica. As a consequence, the council noted, that the hurricane affected countries may need some flexibility in their debt servicing arrangements.

Council noted that notwithstanding the robust growth in the ECCU in the first 6 months of the year relative to 2016, growth in the ECCU for 2017 is expected to decelerate as a consequence of the recent hurricanes. The revised growth forecast for 2017 is about 2.0 per cent down from the 3.2% forecast before the hurricanes. That said, the majority of ECCB member countries are open for business and are still expecting a strong tourist season.

In keeping with its commitment to the implementation of the ECCU Growth Action Plan, council noted the report from the Growth Dialogue with Social Partners. Council further noted that the ECCB would continue to promote the Growth Dialogue through in-country consultations, with a view to assist member governments with identifying implementable projects in support of their overall objective of increasing growth to the targeted 5% per annum.

With regards to the Plan of Arrangement for BAICO, council noted that the process of notification and approval of creditors for the proposed settlement of claims commenced in August 2017 and policyholder meetings are scheduled for 30 October 2017.  The council welcomed these developments noting that they would pave the way for BAICO policyholders to receive another payout soon.

Council further noted the developments regarding the implementation of CLICO International Insurance (CIL) Barbados First Restructure Plan and approved the next steps as proposed by the Core Committee on Insurance to address the resolution of CIL in the interest of ECCU policyholders.

Council approved the list of financial institutions, licensed under the Banking Act, which would be allowed to conduct business with the ECAMC. The list comprises indigenous banks and international banks operating within the ECCU.

Council agreed that the 90th Meeting of the Monetary Council would convene on Friday, 16 February 2018 in St Kitts and Nevis.

Council Members attending the meeting were:

NOW Grenada is not responsible for the opinions, statements or media content presented by contributors. In case of abuse, click here to report.
Tags: eastern caribbean central bankmonetary councilroosevelt skerrit
Next Post 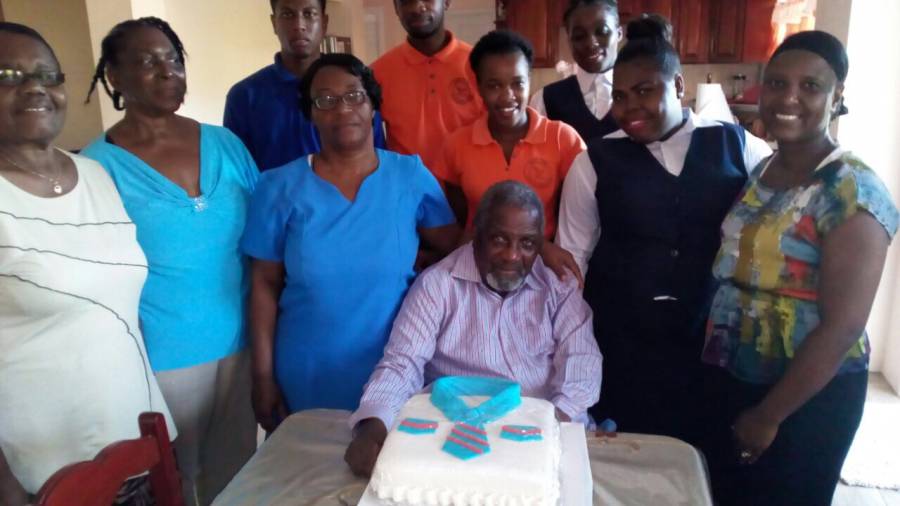