Anyone who perhaps was living under a rock or on another planet, and happened to surface in Grenada last weekend, surely would have been left with at least one unmistakable impression: a general election is very, very imminent in our country. Or, as Caribupdate Weekly said on [the] front page of [their] promotional edition of 13 December 2012, ‘The Thing Start.’

On Sunday, Senator Kate Lewis was unveiled as the first contestant for the ruling New National Party (NNP). No longer is she a caretaker; she’s now the NNP’s candidate for the constituency of St Andrew North-East; a seat now held by former sports minister and outgoing MP Roland Bhola, general secretary of the NNP.

The main opposition National Democratic Congress (NDC) also met on Sunday for its annual convention. The NDC decided to stay the leadership course, re-electing Nazim Burke to take the party into the general election. It also presented all 15 of its candidates at a post-convention rally, at which NDC speakers repeatedly screamed at NNP leader Dr Keith Mitchell, the prime minister of Grenada, to call the general election.

For months, and up to Sunday itself, the message from the NDC – from top to bottom – was that the party was ready to wrestle power away from the NNP. “Our engine is greased and all revved up and we are ready to contest the upcoming elections. We are ready to contest and to win the upcoming elections,’’ Burke said Sunday. In an interview in September with our editor, Lincoln DePradine, Burke said if elections were called ‘tomorrow, we’re ready.’

Against that background of claims of readiness, it was astonishing when newly re-elected party chairman Vincent Roberts went into begging mode on Monday by beseeching Grenadians, whom the NDC has described as over-taxed, for donations of $5 or more to help with the party’s election campaign.

Roberts’s appeal, made to the Grenadian public at the NDC’s weekly press briefing, left many people, including supporters of his party, scratching their collective heads, forcing them to conclude one of two things.

First, that Roberts is a completely honest fella who is making known that his party is short on funds and short on manpower for the general election for which the NDC has been long clamouring.

Or, second, that Roberts is trying to execute the biggest political prank in election history in Grenada; that he’s part of a genius strategy to pretend that the NDC is dead broke to lull their opponents into complacency; and he also is involved in a clever ruse to disguise a well-financed party. In other words, it could be a case of providing the media – and the Grenadian public – with fake news.

NOW Grenada is not responsible for the opinions, statements or media content presented by contributors. In case of abuse, click here to report.
Tags: caribupdatefake newsfinancegeneral electionndcnnpparty
Next Post 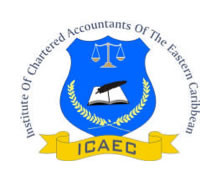