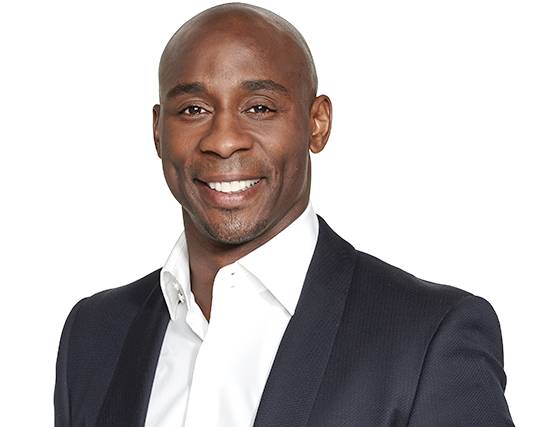 Jason Roberts Appointed as Director of Development at CONCACAF

Jason Roberts Appointed as Director of Development at CONCACAF

This story was posted 5 years ago
in Football, PRESS RELEASE
4 min. read

CONCACAF announced Wednesday the addition of two key positions to the Development Department with an eye on strengthening efforts to grow the game across the region.

The Confederation named Jason Roberts as Director of Development, and Etienne Siliee as Development Manager of the Caribbean.

“As part of our ONE CONCACAF Vision, we have a focused investment in football development to transform the Confederation’s future,” said CONCACAF President Victor Montagliani. “Mr Roberts is the right leader to continue fulfilling our mission, while providing an integral support to our Member Associations efforts. Furthermore, Mr Siliee brings significant experience and extensive knowledge of coaching and development, which will greatly contribute to raising the quality of our sport.”

In his new role, Mr Roberts will focus on managing and strengthening the Confederation’s core development programs including grassroots, coaching education, and professional football development initiatives. He will be based in Miami, Florida and report to the Chief of Football Officer Manolo Zubiria.

Mr Siliee, a former Curaçao Football Federation (FFK) technical director and national team head coach, will report to Mr. Roberts and will be responsible for the development, implementation and overall oversight of all coaching education platforms within the Caribbean, which include, but is not limited to, The Train the Trainers program, License Curriculum Development and Technical Development Director’s capacitation program.

Mr Roberts is a current member of the FIFA Players’ Status Committee and is a graduate of the UEFA MIP Executive Course designed for former international players to achieve professional excellence in football administration.

The former professional footballer established the Jason Roberts Foundation (JRF) in 2007, as a charitable organization that provides young people opportunities to learn and build confidence through sport in both the UK and the Caribbean.

“I am honoured and excited to have been selected to lead the Development Department as CONCACAF continues strengthening and enhancing its support for Member Associations to advance the game,” said Mr Roberts. “Football is my passion, I see the potential as well as untapped opportunities for growth within our region. I am especially looking forward to our department working on a foundation focused on grassroots, coaching education, and programs that raise the level of play.”

Mr Roberts is a respected football pundit in both the United Kingdom and the Caribbean. He represented Grenada at the international level, starting his career at Hayes FC and eventually going on to play in the English Premier League with West Bromwich Albion, Portsmouth Wigan Athletic, Blackburn and Reading. He retired from professional football in 2014.

In the 2010 New Year Honours list, Mr Roberts was appointed a Member of the Order of the British Empire (MBE) for his services to sport in Grenada and London, and, in May 2016, he received an Honorary Doctorate from St. George’s University in Grenada. This was in recognition of his outstanding contributions to the provision of sporting events for disabled children in both Grenada and the UK.

Mr Siliee is passionate about sport and football development. He is a CONCACAF coaching license instructor, who has served in different roles as policy maker and manager in sports as well as youth welfare. Mr Siliee was head coach of several Curaçao top division teams and is an active instructor that has shared his knowledge in international education programs held in the Caribbean, Middle East, and South America.

“I am very excited to join the CONCACAF family and for the opportunity to make a greater impact in the growth of the game within this region,” said Mr Siliee. “I am looking forward to working with our Member Associations to raise the standards of play, while enhancing the Confederation’s coaching and development systems.”

Mr Siliee holds a master’s degree in business administration from the Colorado University and the University of the Netherlands Antilles. He is based in Willemstad, Curaçao.

As part of these additions to the team, CONCACAF has reorganized its Development Department into two focus areas led by Mr Roberts: Professional Football Development and Technical Development.

As part of the commitment to establish a fully integrated Confederation, CONCACAF is investing in administration, competitions and development programs throughout North America, Central America and the Caribbean in order to further grow the sport and empower its 41 member nations. The organization is expanding resources across the region to work closely on initiatives that raise the game’s level, while increasing opportunities for players, coaches, and administrators.

NOW Grenada is not responsible for the opinions, statements or media content presented by contributors. In case of abuse, click here to report.
Tags: concacafcuracaofootballgrenadajason roberts
Next Post