Teenager Charged with Murder has Matters Pending In Juvenile Court

Teenager Charged with Murder has Matters Pending In Juvenile Court

Police have disclosed that the teenager who is facing a charge of capital murder of a 9-year-old girl – who went missing last Friday and eventually found dead on Saturday in an area not far from her home – had 2 matters pending before the juvenile court.

Superintendent, Earl Dunbar, Head of the Criminal Investigating Department said, “The accused man was charged on a previous occasion – there are 2 matters pending in the juvenile court, namely one for wounding and the other for causing harm,” while explaining that the juvenile legislation under which the teenager is charged, prohibits the publishing of some information about juvenile matters before the court.

Assistant Commissioner of Police, Trevor Modeste, explained that the Juvenile Justice Act – which came into effect in 2012 – provides specific guidelines for juveniles in conflict with the law. A juvenile is considered someone under the age of 18.

“One of the guidelines is making sure that matters for trial are not prejudiced, and publishing information that is critical to the case can be prejudicial,” he said.

Dispelling rumours that the juvenile had walked into the police station and that more than one person are involved in the matter, Acting Commissioner Franklyn Redhead disclosed that the juvenile was detained as a result of the investigations that were being conducted by the police, and presently there is only one suspect.

“There is no one else – we have sufficient evidence that there is no collusion with anyone else,” he told the media during a news conference on Thursday morning. He further urged the general public to refrain from vigilantism.

“It is not tit for tat; it’s allowing the process to unfold in an objective and reasonable way and to ensure we do what is necessary and that we are not in turn barbaric in responding to a barbaric issue,” Redhead urged.

Modeste warned that persons who are using social media websites and media to deliberately spread incorrect information can be prosecuted.

NOW Grenada is not responsible for the opinions, statements or media content presented by contributors. In case of abuse, click here to report.
Tags: courtjuvenilejuvenile justice actlegislationlinda strakermurdersocial mediavigilante
Next Post 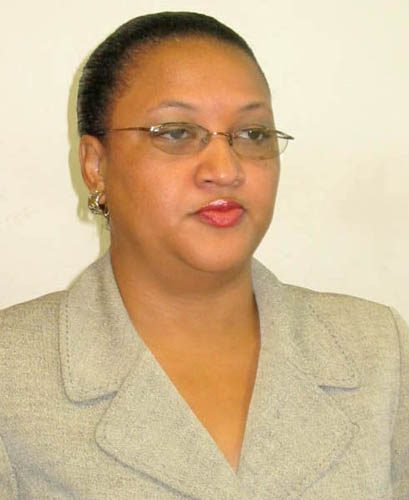