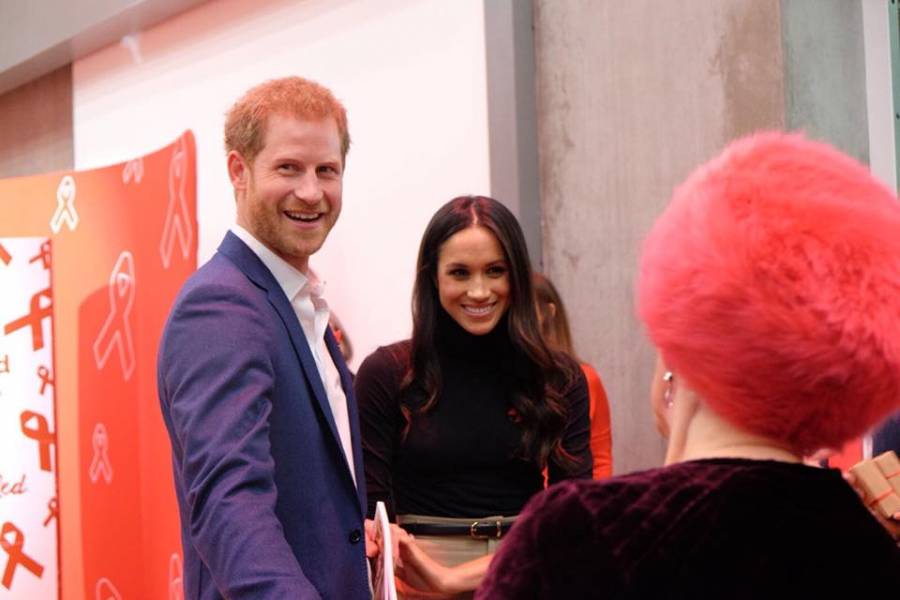 Everyone watching the latest news surely would have heard about the recent engagement of Prince Harry of the House of Windsor to Meghan Markle; a so-called commoner of mixed race from California, USA. And with preparations already on the way for the couple’s marriage billed to take place next May, this development simply cannot be construed as fake news.

What makes this matter so newsworthy is that it would be the first time in the century-year-old British dynasty that a black person would have succeeded in penetrating so deeply into the bosom of the monarchy. And although many detractors might insist that the bride-to-be could easily be taken for a white woman, as the daughter of a black woman and a white man, the ‘one drop’ law in the United States, which classifies anyone with even ‘a single drop of black blood in their veins’ as a black person, leaves the 36-year old mixed-race actress with no other option but to identify herself as a black woman.

But the reason that Markle’s exploits are even more fascinating is the extent to which the future princess stands to buck the trend whereby most inter-racial relationships between blacks and whites involve situations in which the black party brings more to the table in terms of attractiveness, wealth or other forms of human endowments or assets than his or her white partner.

Not that there is anything inherently wrong with interracial marriages. Let’s face it; persons should be free to fall in love with whomever they find the requisite chemical attraction and should never have to face any unnecessary hindrance to formalising their relationship in whatever manner they wish. Even so, anyone concerned about the impoverishment of the Black race could hardly afford to ignore the obvious trend whereby a lamentable number of Black People of exorbitant means continue to demonstrate a strange dislike for their own kind once they have ascended sufficiently high on the socio-economic ladder by choosing members of other races as their spouses or mates.

In Markle’s case, however, the very antithesis seems to be the case. And it is not because Harry’s net worth of some US$25 million is significantly more than the former model’s US$5 million. Instead, the fact that Markle is going to be marrying into a family with a treasure trove in excess of £1billion must be regarded as a straightforward case of upward pecuniary mobility instead of what, to all intents and purposes, is often the other way around as far as things go with Black People.

And there is no shortage of evidence in support of this contention. Case in point is that of lawn tennis superstar Serena Williams who recently bore a child for her Caucasian fiancé, Alexi Ohanian. As the saying goes, ‘a child is a child is a child.’ And so, one could only wish the couple and the baby the best of luck. Still, with Serena’s net worth of approximately US$150 million compared to Alexi’s net worth of barely US$4.5 million, one could hardly help wondering what might be the primary motivating factors for either party’s decision in that kind of financially imbalanced union.

Since time and space would not permit an exhaustive account of black folks who have engaged in such apparent exercises in racial self-deprecation, a cursory list would have to suffice. Tyra Banks, for example, with a net worth of some US$90 million, mothered a child for her Caucasian fiancé, Erik Asla, who is worth a mere US$3 million. If that is not an example of downward socio-economic mobility in Tyra’s case, then exactly what that term means clearly defies explanation.

With a net worth of approximately US$150 million, Janet Jackson’s short-lived marriage to billionaire Wissam Al Mana might make it seem that the pop singer’s case completely undermines the present argument. But even such an apparently different scenario becomes a bit murky when one considers the fact that Wissam was not a black man; as was also the case with Janet’s 2 former husbands. And neither of her 2 previous spouses was anywhere near Janet’s socio-economic level.

Then there is the case of Janet’s baby brother, Michael [Jackson]. If the King of Pop is not a classic embodiment of the saying ‘do as I say but not as I do,’ no one else would qualify for that status. Jackson had clearly shown that his song ‘Black or White’ was merely a case of ‘mouth open, word jump out.’ For although the song enjoins humankind to ignore the superficialities of skin colour in their relationship with each other, Michael had demonstrated over and over again that he was not going to be bound by that maxim.

Granted that his gradual morphing from a black man to a white man was in fact due to vitiligo, unless the singer had been cock-eyed or had otherwise suffered from an extreme form of jaundice, the question of whether his wife, Lisa Marie Presley, and the mother of his children, Debbie Rowe, were black or white did seem to have mattered a whole lot to him since both women were as white as white could ever be. And so, when one considers the fact that Jackson’s estate is still raking in millions of dollars every year and that such amounts have been more or less removed from the black community, the social conditioning of people like MJ must boggle the mind.

Examples of the apparent disgust of Black People toward their sacred duty of propagating and uplifting their race seem to abound just about everywhere. Before marrying her current Caucasian husband, Arne Naes, Diana Ross of the world-renowned Supremes — who has a net worth of some US$250 million — had been married to her Caucasian manager, Robert Silberstein. And neither of those men had much to offer in exchange.

Tina Turner might have lost faith in humankind as a consequence of the alleged abuse she had suffered under her African-American husband, Ike. But no sooner had Tina been granted her divorce from Ike that she sought comfort with her estimated US$200 million in the white arms of her Swiss beau, Erwin Bach, who was by no conceivable measure compatible with her in terms of age or means.

And Bach knew right from the start that he had nothing to lose and everything to gain from marrying a wealthy black cougar who was 17 years his senior. Thus, as Professor Michael Levin, an avowed white supremacist of City University of New York and his ilk are wont to postulate, Black People seem to be far less intelligent than whites.

But black women are not the only ones doling out their birthright to anyone else but members of their own race. Michael Jordan walked out of his 17-year marriage to his African-American wife, Juanita Venoy, to marry a Caucasian woman, Yvette Prieto, and to thereby make her the nearest of kin to his almost US$2 billion fortune.

There is also the case of Tiger Woods who loathed being identified as a black man; and who had been taken to the cleaners by his Swedish ex-wife, Elin Nordegren, for an estimated US$100 million. (Just imagine the effect of a tiny portion of that loot trickling down in the black community). But Tiger did not learn anything from Kobe Bryant and others who had previously sojourned along that path. And some might posit that Bill Cosby is definitely too old to have learnt anything since some 99% of the women lining up to deprive him of his estimated US$400 million nest egg are Caucasians.

Having been born of mixed parentage, Meghan might have been spared the ‘scourge’ of having to engage in the shameful practice of besmirching her body with the many brands of bleaching products ‘pushed’ by Chinese, Indian and Caucasian manufacturers in order to find her ‘Prince Charming.’ Be that as it may, the young lady must be given some credit for bucking the downward socio-economic trend in mixed marital relationships involving Black People. And Harry, too, deserves a few accolades for reasons too profound and for which space and time presently would not permit.

NOW Grenada is not responsible for the opinions, statements or media content presented by contributors. In case of abuse, click here to report.
Tags: inter-racialkeith williamsmarriagemegan marklemonarchyprince harry
Next Post