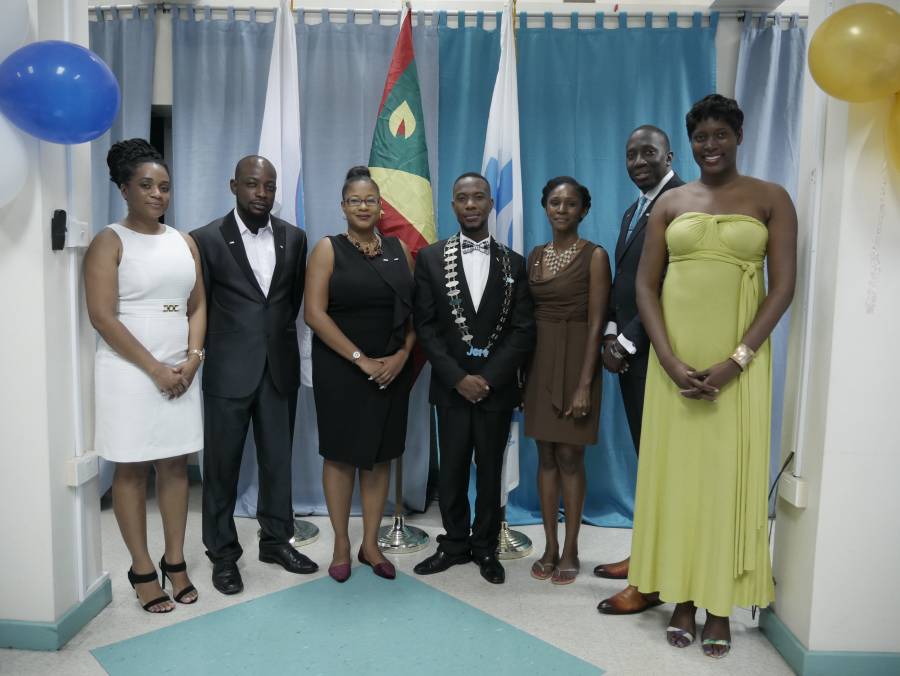 This story was posted 5 years ago
in Education, Youth
3 min. read

Past president of Grenada’s chapter of Junior Chamber International (JCI), Roger G A Pierre has given a mandate to the newly installed executive of JCI, to restore the organisation’s headquarters located on Scott Street in St George’s.

The local JCI chapter, also known as ‘Jaycees’ dates back to 1966 when the group installed its first president Carol Bristol, a prominent attorney at law who died in 2014. The building was bought by the organisation in its early days but was abandoned after the group dissolved in 1992.

Worldwide the JCI is a non-profit youth organisation founded in 1915 and consists of young people between the ages of 18 and 40. It has consultative status with the Council of Europe, with the Economic and Social Council of the United Nations and with UNESCO. The organisation boasts of creating future leaders as it seeks to encourage youth participation in efforts towards social and economic development.

The organisation’s new president Johnelle Simon and its board of directors were installed during a ceremony held on Saturday, 27 January. Pierre told the new executive that restoring the headquarters should be placed high on their agenda. “The remains of the building located on Scott Street, it is in a dilapidated condition right now, but it is still there, and I do believe that once the revitalised organisation gets going, something will happen there to restore the headquarters.”

Simon, said a year and a half ago the tasked of resurrecting the JCI was placed on his shoulders, a task he accepted willingly. “My team and I had to contend with over the last year and a half to resurrect the Grenada chapter of JCI also bearing in mind the words of reggae musician Norris Man, ‘persistence is to try…we persevered,’ the responsibility and heavy burden of the chairmanship of the steering committee was thrust on the shoulders of a slender man that loves to work quietly behind the scenes, and do things out of love and not for likes, but I must admit that this experience was a deeply soulful and character shaping one.”

Simon said the organisation is investigating whether the local chapter of JCI still has ownership of the old headquarters in a bid to start the groundwork of restoring the building.

Regional President Shenella Govia of Antigua and National Secretary General Dorothy Peters Nicholls, presided over the installation ceremony. Govia announced that Grenada has won the bid to host this year’s JCI convention. “10-14 October is intended to bring 200 hundred delegates from across the Caribbean and around 20 from across the world here to Grenada. It’s not going to be an easy task, so we need all hands on deck, I encourage you to get sponsors onboard.”

Members making up the newly installed board of directors are:

As part of the organisation’s mandate, a website www.jcigrenada.org will soon be launched.

NOW Grenada is not responsible for the opinions, statements or media content presented by contributors. In case of abuse, click here to report.
Tags: curlan campbelljayceesjcijunior chamber international
Next Post