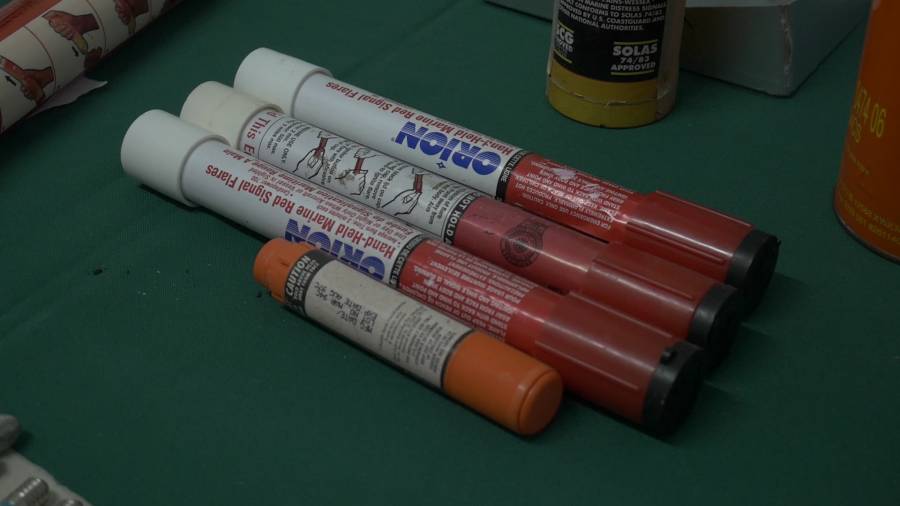 This story was posted 5 years ago
in Business, General News
3 min. read

The use of modified flare guns in armed robbery attempts has forced the Fisheries Division to encourage fisherfolk to use handheld signal flares instead.

Flare guns are used by fisherfolk when they get into difficulties at sea, but the Fisheries Division has noted with concern, the use of flare guns in a few armed robbery attempts.

According to Senior Fisheries Officer, Moran Mitchell, fisherfolk have been victims of theft of their safety equipment, especially flare guns, which have been used to commit crimes. In the past, the division inspected the gun as a part of the safety requirements, but they found that the fisheries regulation provides for ‘flares’ and not for flare guns.

“Nowhere in [the] regulations you have flare guns. We have received a lot of reports from law enforcement officers and fishermen indicating that their vessels have been broken into, and the first thing they notice missing is the gun,” he said.

Given the misuse of this the item, Mitchell said, “Now that we understand the situation, we have chosen to exclude the gun from the list of safety items.”

Feedback indicates fisherfolk are concerned with this trend but are also of the view that they should not suffer for the illegal acts of non-fishermen. Interviewed in December, Grenville fisherfolk raised the concern that because of the incidents of theft, they are now required to have onboard handheld signal flares, as opposed to the regular flare guns. Fisherman Esley Sanderson said he understood the need to clamp down on the illegal use of flare guns, “…when I ask them why they don’t want this type of flare they said that men [are] going and stick up people with flare guns. But I don’t believe fishermen will do that.”

He said the alternative handheld signal flares are inadequate for any fisherman in distress, and in his opinion, “the flare gun that shoots in the air gives a better signal.”

Mitchell said, “The gun is a weapon; it is a firearm. It is not licenced and regulated, so in order for us to pass a fishing vessel in the true sense of it by issuing you a licence knowing that you have a firearm on your vessel will be difficult.”

The division advised if there is already a flare gun onboard, the captain should keep it in a safe place, as the ‘flare gun is a 12-gauge gun with 3 cartridges.’

In response to the handheld signal flare’s inadequacy for distressed fishermen at sea, Mitchell indicated there are 3 types of handheld flares: the smoke flare, a rocket launcher flare and a handheld day and night flare. The smoke flare is an international distress signal he said, “…if you activate this flare you are going to see orange smoke – so if another fisherman sees this orange smoke is going up they will know in that particular area that vessel is in distress.”

The Community Relations Department of the Royal Grenada Police Force (RGPF) said there is a concern about the use of flare guns for illegal activities, and promised to disclose the number of robberies involving flare guns which occurred in 2017, once the data becomes available.

NOW Grenada is not responsible for the opinions, statements or media content presented by contributors. In case of abuse, click here to report.
Tags: curlan campbellfisherfolkfisheries divisionflareflare gunsrgpfrobbery
Next Post