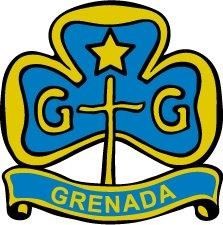 New Council for the Girl Guides Association of Grenada

New Council for the Girl Guides Association of Grenada

This story was posted 4 years ago
in PRESS RELEASE, Youth
2 min. read

The Girl Guides Association of Grenada is pleased to announce the new council that will guide its work for the next triennium – December 2017 to November 2020.

The President of the Council is Rosetta Brathwaite.  Brathwaite was one of the vice presidents of the council for the 2014-2017 triennium. She has also served as Chief Commissioner, International Commissioner, District Commissioner, Leader of Brownies, Guides & Rangers Units and Chairman of Caribbean Link of Guiding.  She was a school principal, and the founder and director of the Kids in Action Programme.

The other elected/appointed members of the new council are:

The work of the Girl Guides Association is supported by commissioners appointed for specific functions, and led at the parish level by district commissioners.  The association represents over 2,000 girls who are members of the Rainbows, Brownies, Girl Guides, Rangers and Young Leaders in Guiding throughout Grenada, Carriacou and Petite Martinique.  The units are run by adult volunteers, many of whom are teachers.

The new council looks forward to this triennium, and is currently making plans to build on the programmes and activities of the past and to move the association and its members forward.  They seek the continued support of the parents, teachers and principals, and the general community as they help girls and young women to IMAGINE MORE.

NOW Grenada is not responsible for the opinions, statements or media content presented by contributors. In case of abuse, click here to report.
Tags: girlgirl guides associationrachael mathurinerosetta brathwaite
Next Post

Your opinion is important