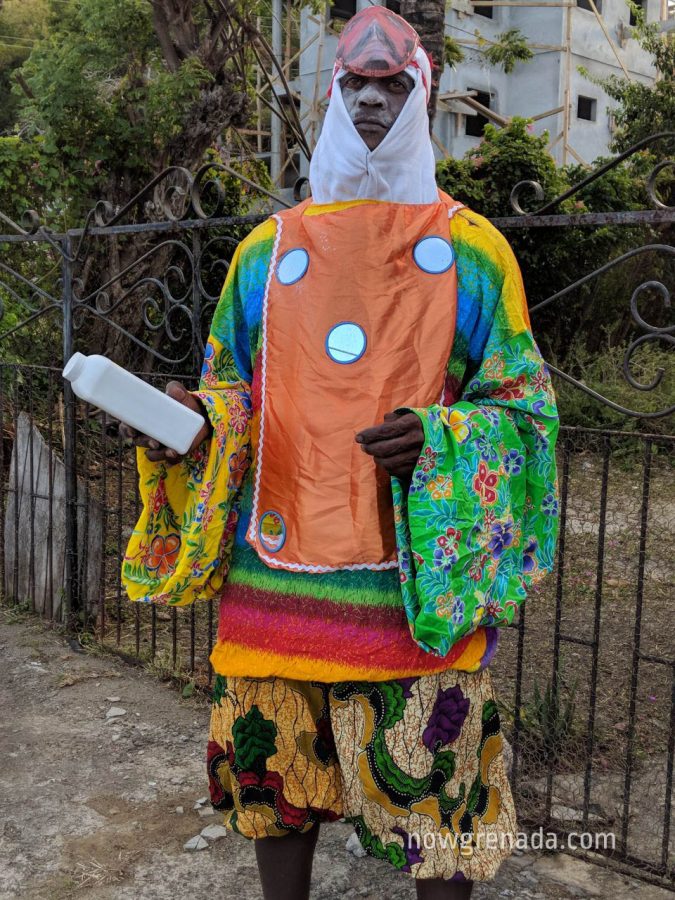 This story was posted 5 years ago
in Arts/Culture/Entertainment, Travel/Tourism
4 min. read

After experiencing Kayak Mas’ 2018 for the second time, I do agree with some of the observations and recommendations made by the Carriacou committee on ways to improve the carnival, particularly increasing the number players of traditional mas’, which seems to be slowly losing its dominance, as the younger generation gravitate more to events such as J’ouvert, wet fetes and other privately organised entertainment.

The Carriacou Carnival committee is prepared to go back to drawing board after reviewing the outcome of Kayak Mas’ 2018, which the committee indicated was largely a success, but has admitted that some challenges must be overcome to improve further the visitor experience come next year’s carnival.

Committee Chairperson Princess Herry–John says the committee received favourable responses from various stakeholders and has deemed this year’s execution of carnival successful. “The general feedback from the different stakeholders and supporters of the carnival deemed it as a festival with a difference, and were impressed with the quality of the competition shows and all other aspects of the carnival. Secondly, the committee would class this year’s festival a success in terms of the smooth execution of the shows, the increase in participation in all the different aspects of the festival, namely fancy mas and Monday night mas bands. Also, it was a violence-free carnival. And for the third consecutive year, the committee was able to pay all competition prizes on the same night, thus alleviating the stress of waiting for monetary compensation weeks or months after the festival.”

The budget set aside for the execution of this year’s carnival was EC$204,904.48, and this is expected to be increased next year. Herry–John said this year didn’t come without challenges and the committee witness some shortfalls which must be addressed going forward. “This year’s shortfall was as follows: the lack of manpower and late disbursement of funds from sponsors. The GTA worked with the schools, but not directly with the committee, and I think the committee should have been more involved with the schools. However, I must say we have seen an increase in participation in this year’s Shakespeare Mas’. The mas needs monies to be pumped into it, however, in discussion with the GTA, next year we should see more participation, interest and an appetite for the Shakespeare.”

The committee is also cognizant of the challenge faced by the staging of private events which continues to compete with schedule carnival activities. “Over the years we have had competition with the wet fetes and private events. We are of the view that these wet fetes should be held at least the week before the festival as a build-up. We have tried our best to accommodate these promoters with a period to start and end. However, these events were allowed to go even 3 hours after the given end period, so you see we are challenged, and our shows suffered from the scheduled start time.”

Another area of concern for the committee this year is the lack of diversity in people playing the fancy mas’. “Subvention is given to the bands and therefore we expect the band leaders to market and promote the product together with the committee, however, what we have observed is that the costumes only attracted a younger age group and not the elderly who has the appetite for the fancy mas. Another contributor is [people] partaking in the J’ouvert are too tired to play the fancy mas’ in the afternoon, and so that would cause fewer participants. The committee needs to take a stand for next year’s festival to have bands register 50 [people] and up to participate.”

The interim committee is aware of these concerns, and as they prepare to have an election of new members following the completion of the 3-year tenure of the present committee. Herry–John hopes that she will once again be elected to run the festival for another year to address these concerns.

The Grenada Tourism Authority (GTA) is also particularly pleased with the execution of Kayak Mas’ 2018 and is now awaiting official statistics on the number of visitors that flooded the sister isles for the festivities.

GTA Communication Officer Ria Murray said from all indications, this year’s carnival was yet another success. “We do not have our statistics compiled as yet, but from all indications and reports and by judging all of the trips made by the Osprey shuttle and other vessels, Carriacou’s carnival seemed to be a bumper year and we are happy for that because we would have included Carriacou carnival in our promotions. So we are happy that more and more people are discovering what a great event Kayak Mas’ is…from all indications things would have gone well, the Soca Monarch, Queen Show were just some of the shows that were very well attended. We are very happy that music in Carriacou is growing and that more and more of the DJs and trucks on the road were playing more local music.”

Murray boasted of 19 primary school students who were involved in the Shakespeare Mas’ programme in conjunction with the Mt Royal Shakespeare Mas’ committee. “The GTA contributed $10,000, and that would have gone to sponsoring both the children and adult Shakespeare Mas’ band which is unique to Carriacou. Students went through a programme on what it means to play Shakespeare mas, its origin, and the various Julius Caesar verses recited during the portrayal.”

This year’s Carriacou Carnival was executed under the theme ‘Embracing Culture with our unique Shakespeare mas and splendour.’ The GTA is expected to complete their review of Kayak Mas 2018 with a view to further improve the festival.

NOW Grenada is not responsible for the opinions, statements or media content presented by contributors. In case of abuse, click here to report.
Tags: carnivalcarriacou carnivalcurlan campbellgrenada tourism authoritykayak mas
Next Post