This story was posted 3 years ago
in Community, General News
3 min. read 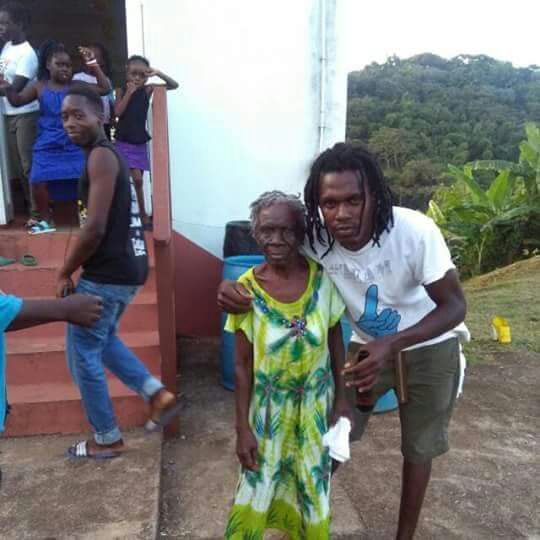 On Thursday, 29 March, NOW Grenada visited the grieving Charles family and accompanied Kayanna Charles to the site where her grandmother’s house once stood. Among the charred remains were a washing machine and stove which were unrecognisable.

Charles said this an extremely emotional time for the family as she reminisced about the lives of her grandmother and her cousins. “From since last night we are coping a lot better and as time goes by we will be forced to come to grips with this tragedy although we will miss them greatly. My grandmother’s 2 children are still unable to eat properly because this is affecting them.”

She said they are receiving counselling and have been given assistance by the Ministry of Social Development. “My aunts are getting counselling now and then everyone is helping out with clothes and food items.”

Daughter of the deceased, Barbara Charles better known as “Two Pound” says her appetite has diminished as she continues to grieve for her mother. She recalled hearing the sad news of her mother’s death on Monday while she was in Grenville. “I met a neighbour who informed me of the fire. I was shocked at the news and started running and crying. I was brought to the fire station where an officer I knew gave me a ride home, and upon arriving at home I fainted, because I am not too well for myself.”

With tears in her eyes, Charles spoke highly of her mother, whom she said will be truly missed by the community. “The day before I went to see my mother who was washing in the yard, and I told her, “why are you washing by hand when you have a machine?” and her response was that she preferred to wash by hand, and that was the last communication I had with her before her death.”

Modestina Charles is the mother of 12 children and has many grandchildren whom she loved dearly. Her family has described her as a strong and vibrant woman who still had her mobility, as she was famously known to walk long distances by herself. The grandmother was also known for her cooking, especially for her favourite meals which must include callaloo.

Barbara Charles said her grief is more than she can bear. “Every one of her surviving children will miss their mother because mommy was so strong. I really don’t have words to describe how I feel, only to say that I will always cry for my mother.”

The community is still coming to terms with what transpired and what may have started Monday’s fire. The police have informed the family that the fire is suspected to have started in the kitchen area. Efforts by NOW Grenada to contact the Grenville Fire Department have been unsuccessful.