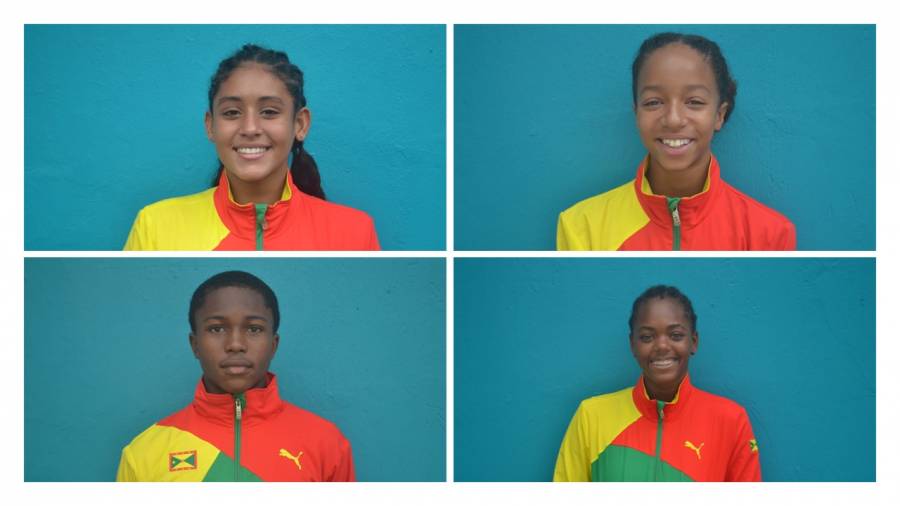 The Grenada Amateur Swimming Association (GASA) named a 10-member team who will journey to Jamaica in 2 weeks for the 2018 CARIFTA Swimming Championship.

25 national swimming federations across the Caribbean have been invited and will engage in fierce competition vying for podium moments. The 33rd edition of the CARIFTA Aquatics Championships will be held from 15 March to 4 April 2018 at the National Aquatic Center Kingston, and James Bond Beach, St Mary, Jamaica. The pool competition will take place from 31 March to 3 April 2018 in Jamaica.

Competing in the 11-12 age group Girls are Anaika Charles, Ariann Clouden, Gabrielle Hyson. In the Boys 11-12 age group we have Parshawn Haynes who will be participating at CARIFTA for the second time. In the Girls 13-14 age group we have Kimberly Ince, Mia Neckles, Meeka Ollivierre and Kayia Ramdhanny. Jenebi Benoit entering his last year in the 13-14 age group will be competing for the 4th time at the CARIFTA Swim Championship. Team Captain Delron Felix will make his final CARIFTA Swim as he competes in the 15-17 age group.

Both Ramdhanny and team captain Felix are also using the CARIFTA Championship to seek to attain the Youth Olympic qualification times as both swimmers have been nominated to represent Grenada at the Youth Olympic Games which are scheduled for Argentina in October 2018.

Delron Felix is currently based at the SPIRE Institute a high performing training Center in Ohio, USA and will be joining the Team in Jamaica. Delron was absent from CARIFTA last year due to CXC examination and hopes to end his CARIFTA career with a bang.

Peron Johnson, President of GASA, expressed that she expects that the Grenada team will represent the country well given the lineup coupled with adequate preparation. The team will be up against intense competition from the various countries however we are confident that the swimmers will attain personal bests during the period of competition.

The team will be coached by Coach Gerson Escobar and managed by GASA’s Secretary Reyan Neckles. The President of GASA, Peron Johnson, will accompany the team as Head of delegation and will be supported by GASA’s Immediate Past President, Nigel Ollivierre.

NOW Grenada is not responsible for the opinions, statements or media content presented by contributors. In case of abuse, click here to report.
Tags: cariftagasajamaicaswim
Next Post